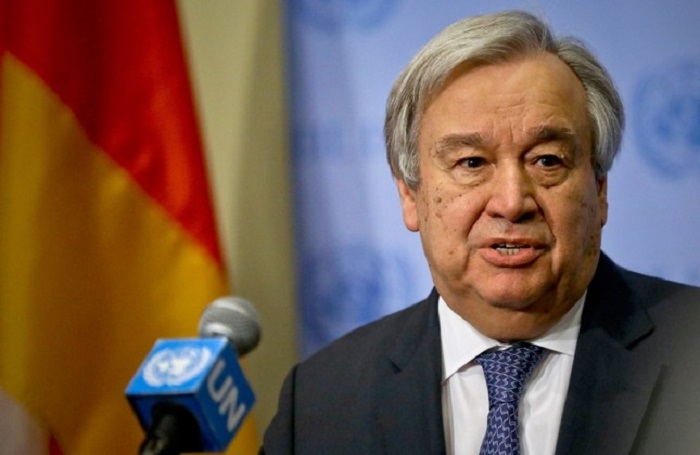 UN Secretary-General Antonio Guterres told the UN Security Council on Tuesday that he is pressing on with a bid to re-start negotiations on reuniting Cyprus, nearly two years after talks collapsed.
In a report sent to the council, Guterres said he had asked his envoy, American diplomat Jane Holl Lute, to continue holding talks with Turkish and Greek Cypriot leaders on the basis for re-starting negotiations.
“It is my hope that the ongoing consultations will lead to a return to negotiations, to which I could devote the full weight of my good offices, with the aim of reaching a lasting resolution of the Cyprus issue,” Guterres said in the report.
“The way ahead must be well prepared, with a sense of urgency and focus,” he added.
Guterres called on the Turkish Republic of Northern Cyprus (TRNC) and the Greek Cypriot administration, the guarantor powers, and other interested parties to engage in the peace efforts “constructively, creatively and with the necessary sense of urgency.”
The UN chief hailed two recent meetings between the leaders of the TRNC and the Greek Cypriot administration as a “rare opportunity.”
He noted, however, that skepticism on both sides regarding the prospects for a resumption of the talks continued to prevail.
“While some progress was registered on confidence-building measures, there are low expectations for real progress or agreement on the terms of reference,” Guterres noted.
The Secretary-General noted that “while recent efforts to help establish terms of reference have not yet borne fruit, I still hold out hope that the parties will use this opportunity to overcome the differences that persist.”