GRNews
GreekReporter.comBusinessEU Threatens to Place Tariffs on $20 Billion Worth of US Products 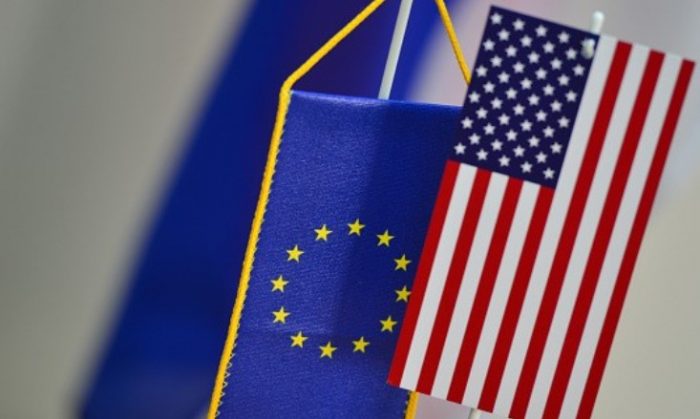 The European Union published on Wednesday an 11-page list of American products on which the Union could impose tariffs if President Trump goes ahead with his threats of imposing tariffs on EU products.

Brussels and Washington have been at odds with each other for many years now over the issue of state support for Europe’s Airbus aviation company.

The two sides have been trying to solve the issue for more than fifteen years now within the World Trade Organization.

Recently, President Trump threatened the EU that his administration would impose tariffs on EU products worth approximately $11 billion, a figure close to what he believes the EU has given to Airbus.

The European response came on Wednesday, with the 11-page list of American products worth $20 billion, which includes… pretty much everything.

Brussels claims that it will respond swiftly to Trump’s threats by imposing tariffs on American products varying from handbags and shovels to shrimp and tractors.

President Trump has also said that he intends to place tariffs on European cars.

If this happens, the EU has already said that it would do exactly the same thing, targeting even more American products.