Leaders of Greece, Cyprus and Jordan Agree to Enhanced Cooperation 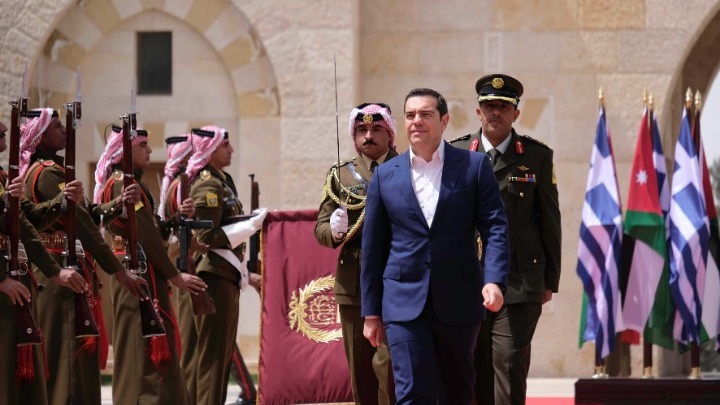 Leaders of Greece, Cyprus and Jordan agreed at their summit meeting in Amman on Sunday to expand cooperation in vital sectors, including energy, water, agriculture, tourism, healthcare, education, trade and investment.
Jordan’s King Abdullah, Cypriot President Nicos Anastasiades and Greek Prime Minister Alexis Tsipras agreed to encourage their respective private sectors to establish joint projects that capitalize on available trade opportunities. The leaders also wish to bolster expertise and knowledge exchange.
The increased cooperation between Greece, Cyprus and Jordan enhances the prospects for the peace and stability in the eastern Mediterranean, said Tsipras.
The Greek premier noted the need to jointly address the migration and refugee issue, and he called on the European Union to confront the challenges and to support the people of Syria.
Tsipras also said that the status quo in Jerusalem should be maintained, and both Christians and Muslims must be protected. He then reiterated his position for a two-state solution, the existing state of Israel and a separate state for the Palestinians.