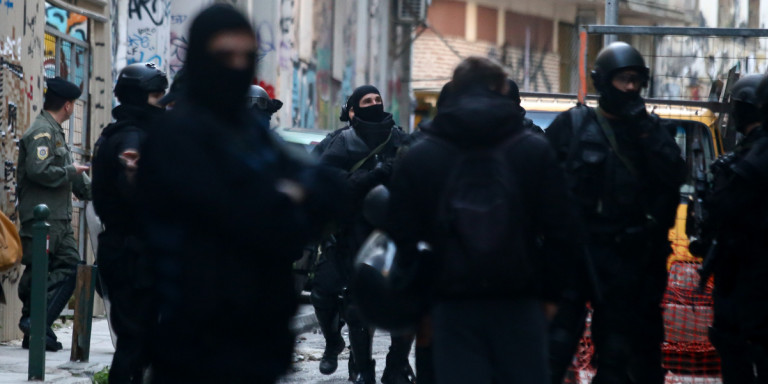 More than eighty people, mostly undocumented migrants, were arrested in a large police operation targeting occupied buildings in the notorious Athenian district of Exarchia on Thursday.
Police say they acted on intelligence about extensive drug trafficking.
The squatters, who were living in three abandoned buildings, were removed and taken into custody. The detainees have been transferred to the Aliens Department for questioning.
Last week, two Coast Guard officers were injured in an ambush shortly after a drug-related raid on a house in Exarchia. Their assailants wore black overalls, hoods and helmets and were armed with clubs and knives, while some brandished pistols and Kalashnikov assault rifles.
Exarchia is a run-down district of the Greek capital, well-known for being the home base of Greek anarchists and other leftist groups.