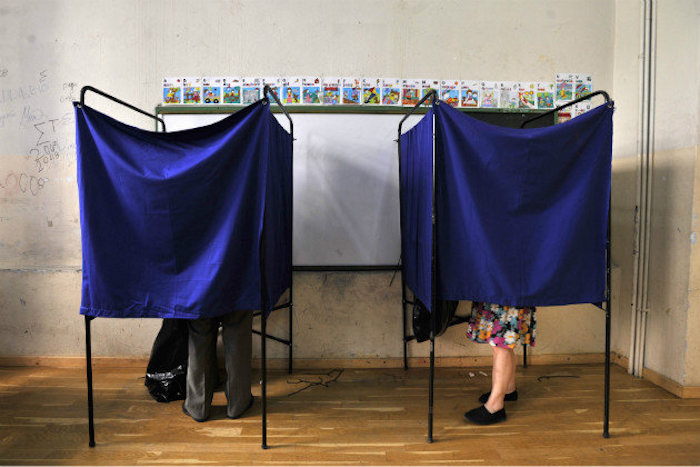 Main opposition New Democracy leads the race on intention to vote in the national elections by 9.1 percentage points over SYRIZA, a new opinion poll shows.
The survey was conducted by MARC on behalf of Proto Thema Sunday newspaper. it shows that if national elections were held today, 30.3 percent of respondents would vote for the conservative party, compared to 21.2 percent of leftist SYRIZA.
Center-left Movement for Change would take third place with 6.4 percent, followed by Golden Dawn with 5.8 percent and the Greek Communist Party (KKE) at 5.2 percent.
The rest of the parties would not make it to Parliament because a minimum 3 percent of the total vote is required to enter.
Specifically, the Centrists Union and Hellenic Solution would get 2.5 percent each, Diem 25 would get 1.5 percent, To Potami 1.1 percent, Popular Unity 1 percent and Plefsi Eleftherias 1 percent.
As for the remaining participants, 9.8 percent stated they are undecided, 3.2 percent would vote for another party, 3.8 percent said they would cast a blank ballot and 4.7 percent stated that they will abstain from the ballot.