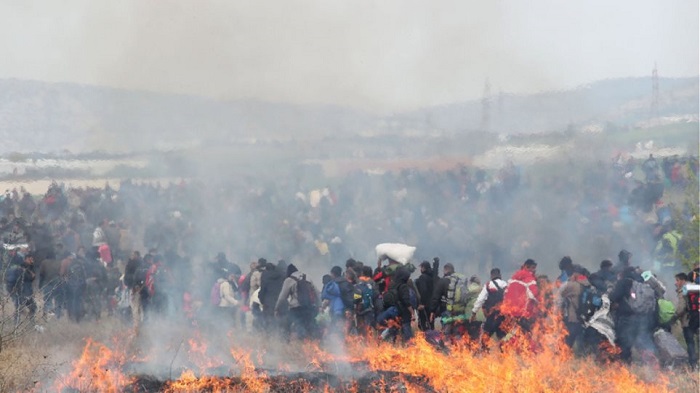 New clashes broke out on Friday afternoon between riot police and migrants near the Diavata reception centrer in northern Greece, after a new group of migrants tried to break through police lines in a bid to reach the border.
About 2,000 migrants, including families with small children, had gathered in a cornfield outside the camp by Friday afternoon, following calls on social media to try and cross the border and head to northern Europe.
The migrants, reportedly led by an Algerian national in a wheelchair, picked up their belongings and tried to push forward. Riot police responded with tear gas and stun grenades.


After failing in their bid to push forward, some migrants moved in the opposite direction and set some dry grass on fire, creating a choking atmosphere in the entire area, which was full of smoke.

One man unfurled a banner which read: Help us. We love you,” while others chanted “Open the borders!” in Greek and English. 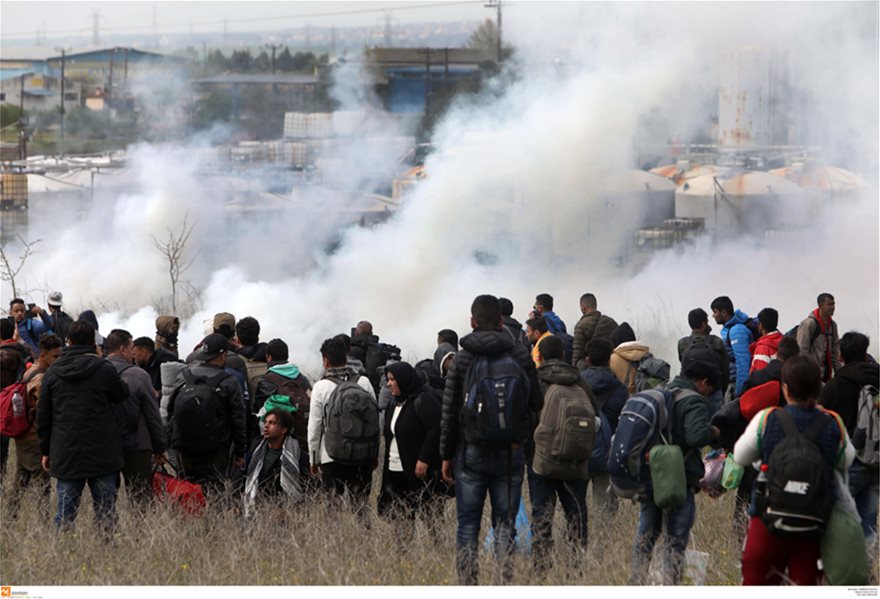 Migrants, most of whom have already requested asylum in Greece, said they planned to go to the fenced-off border with North Macedonia 60 kilometers (38 miles) away and try to push through it.
In early 2016, a similar route was firmly shut down after more than a million people had already flowed through Greece and the Balkans to Germany and other countries.
Earlier in the day, Greek Migration Minister Dimitris Vitsas appealed to the migrants at the border to return to the camp, noting that they cannot cross into North Macedonia.
“It’s a lie that the borders will open,” he told Greek state television ERT.
Also on Friday, hundreds of migrants occupied the main train station in Athens demanding to be allowed to travel north to join them.
Migrant families, some holding babies, staged a sit-in on the railway line at Larisis Station on Friday, preventing any trains from approaching or leaving the terminal.