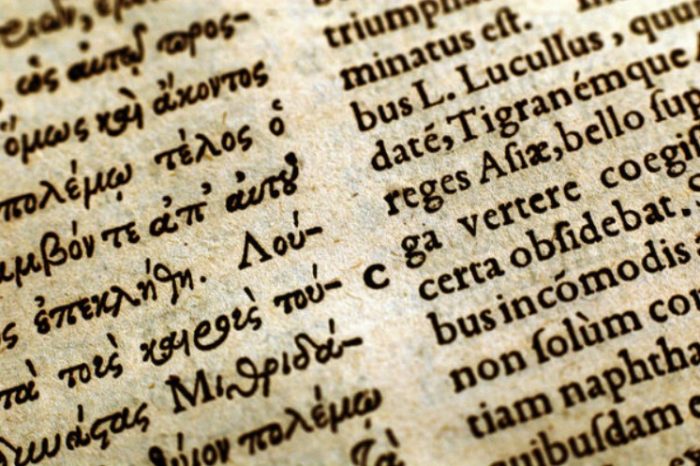 A cultural association from the French town of Autun published a manifesto on Saturday asking for the Ancient Greek and Latin languages to be included in UNESCO‘s list of entities which are part of the world’s “Intangible Cultural Heritage.”

Their request was instantly supported by the French Minister of National Education Jean-Michel Blanquer.

The French association called ”Human-Hist” published its intention to promote its demand during a two-day conference on ancient languages which takes place in the city of Autun.

Vincent Merkenbreack, the president of the association, stated that both the Greek and Latin languages are the foundations of the French language and of European History, and thus they must be preserved.

On Saturday, the French Minister of National Education Jean-Michel Blanquer expressed his support for the Autumn association’s request, noting that ”the Greek and the Latin languages are neither elitist nor old-fashioned, and for this reason, they have to be promoted.”

In a tweet beginning with the phrase ”Long live Greek, long live Latin!,” Blanquer said that these two languages are still dynamic, with more than 45,000 new students in France learning both Greek and Latin.