GRNews
GreekReporter.comGreeceClocks to Go Forward in the EU and Greece For One of... 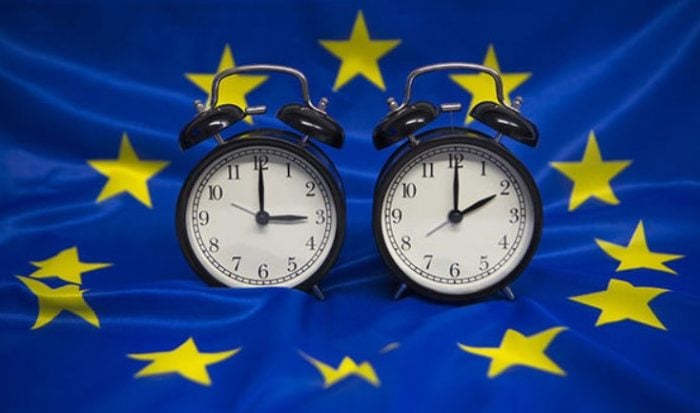 Time will change in the European Union, and thus in Greece, in the early hours of Sunday, March 31.
At 3:00 AM local time, clocks will turn to 4:00 AM as Daylight Savings Time goes into effect across the Union.
Most countries in Europe and a total of 64 nations across the world will forward their clocks by one hour at 01:00 UTC. Local time for the change is different in each time zone.
According to EU law, each year, Daylight Savings Time goes into effect on the last Sunday of March, to turn back again on the last Sunday of October.
Recently, the European Parliament voted to scrap the clock changes in the EU from 2021.
The member states will have to decide whether they will keep the winter or the spring time, probably changing the existing time zones in Europe.
Currently, the EU has three time zones: Three member states follow the Coordinated Universal Time (Ireland, Portugal, and the UK), eight follow the Eastern European Time (among which include Greece, Finland, and Cyprus) and seventeen members follow the Central European Time (including France, Germany, and Italy).