Thousands March in Thessaloniki in Memory of Holocaust Victims (video)

By Tasos Kokkinidis
March 18, 2019
Facebook
Twitter
WhatsApp
Linkedin
Email
A silent march was held on Sunday to mark the 76th year since the departure of the first “death trains” which carried Thessaloniki Jews to their doom at the Auschwitz-Birkenau concentration camp.
At least two thousand people gathered at Thessaloniki’s old railway station where the train had pulled out on March 15, 1943. 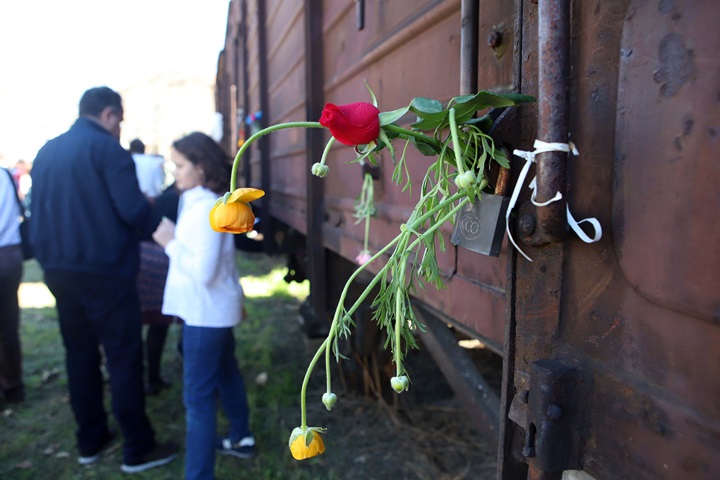 The crowd then walked in silence, carrying white balloons bearing the message “Never Again.” The march ended with a memorial ceremony organized by the Thessaloniki Jewish community, the city of Thessaloniki and the city’s universities.
A tribute was paid to camp survivors Heinz Kounio and Achilleas Koukovinos, a former resistance fighter who is now 100 years of age. 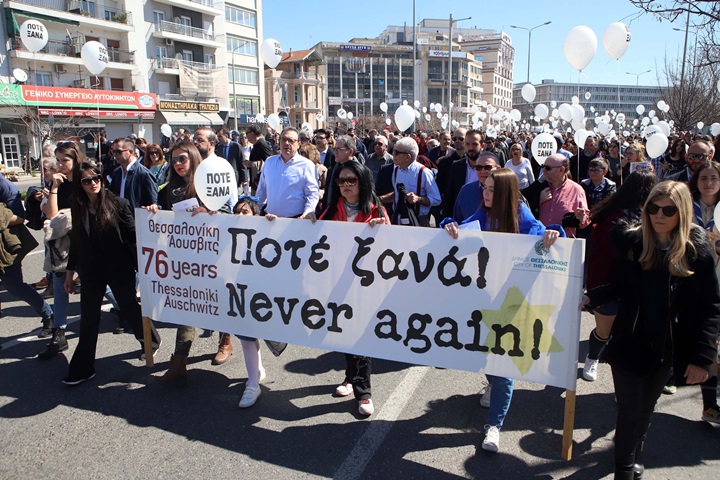 Students of the Thessaloniki Jewish School planted an olive tree at the site and sang, while the grandson of a German soldier in Thessaloniki, Juergen Jauch, apologized for the atrocities his grandfather had taken part in.
Thessaloniki had a thriving, 50,000-strong Jewish community before World War II. There are only approximately one thousand Jews remaining in the city. About 96 percent of the city’s 50,000 Jewish people were murdered in Nazi death camps.