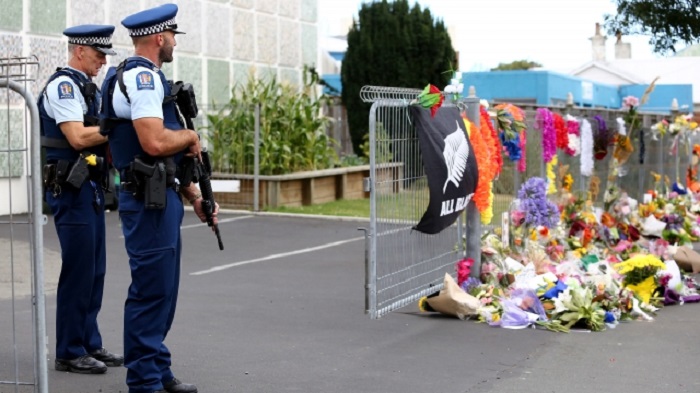 The man thought responsible for the killing of at least 50 people in the unprecedented terrorist attack in New Zealand that stunned the nation and the world, visited Greece twice.
Greek authorities confirmed earlier local media reports that 28-year-old Australian Brenton Tarrant visited Greece twice in 2016 during his travels in the wider region.
According to Greek police, Tarrant arrived at Athens airport from Istanbul, Turkey on March 20, 2016 and visited Heraklion port city on Crete island and Santorini island in the Aegean Sea.
Also, he was on transit flights in Greece on Nov. 29 and Dec. 10, the same year, according to a police statement. In that case, Tarrant flew to Bucharest, Romania from Cairo, Egypt through Athens and returned to Cairo, police sources quoted by the Athens News Agency added.
Greek authorities are investigating his moves during his stay in Greece, which, according to the same sources, lasted two weeks.
Two words written among others on his weapons sounded the alarm for Greek authorities as well. Tarrant had written the Greek word “Turkofagos” in Latin characters which means “Turk eater”. It was the nickname of Nikitaras, one of the leaders of the Greek war of independence against the Ottoman rule in the 19th century.
The second word is “Lepanto,” the name of the modern city of Nafpaktos, where the famous naval Battle of Lepanto took place in 1571.
In the battle, a fleet of the Holy League, led by the Venetian Republic and the Spanish Empire, inflicted a major defeat on the fleet of the Ottoman Empire.