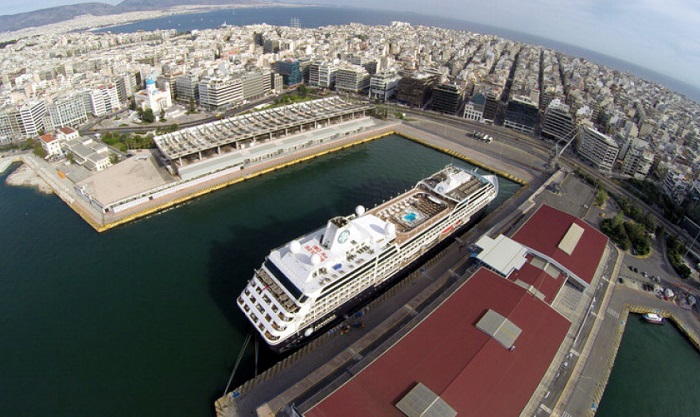 The Piraeus Port Authority (PPA) will make a last-ditch attempt on March 10 to convince the Greek government to unblock the 580-million-euro ($650 million-dollar) investment program by China’s Cosco Shipping consortium.
A government commission had nixed the Port Authority management’s investment master plan in February, citing planning and environmental issues.
Projects failing to get the green light were a shopping mall in the vicinity of a new cruise terminal, one of four proposed hotels, the creation of a logistics center within the port premises, and two new parking areas.
Shanghai-based Cosco, a global giant in shipping and port management, which bought a 51 percent stake in Greece’s largest port in 2016, transformed the once-dingy port into the second-busiest in the the European Union.
Company officials told the Chinese news agency Xinhua their aim is to make it the largest as well. Cosco plans to use its expertise, as well as Piraeus’ key geographical position on the European Union’s southern flank, to tie the transport of shipped goods to plans to improve railway links.
Piraeus is the key link in what China calls its “Belt and Road Initiative”, a type of modern Silk Road, to increase trade within the European Union. Local officials said the company’s presence is already improving the economy, and has spruced up the formerly run-down port area.