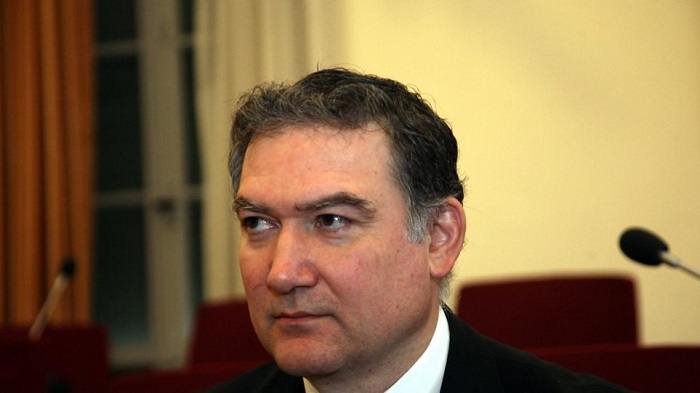 The Appeals Justices Council on Thursday issued a ruling that for the third time acquits Andreas Georgiou, the former head of Greece’s statistical agency ELSTAT, in connection with the upward revision of Greece’s fiscal deficit in 2009.
The Council did not adopt the recommendation of the appeals prosecutor handling the case, Stelios Kostarelos, who said that Georgiou should stand trial on felony charges for falsely attesting to a higher deficit.
According to the justices’ council, the charges against Georgiou could not be supported.
This is the third time that the Appeals Justices’ Council has been asked to consider the case against Georgiou, after two earlier acquittals were reversed by the Supreme Court.
The case is based on claims made by former ELSTAT board members Zoi Georganta and Nikolaos Logothetis. They said that Georgiou and two other defendants, in collaboration with Eurostat, altered fiscal figures in the autumn of 2010 in order to make the 2009 deficit appear larger.
They allege that it was revised upward, from 12 percent of GDP to 15.4 percent of GDP.
They claim this was done using unorthodox methods, so that Greece might be forced to join a fiscal adjustment mechanism.
Georgiou, claims that the methodology used to calculate the 2009 deficit was in line with European rules, and that the size of the deficit was accepted by the present and previous governments.
He argues that this was the case since this was the basis for signing three loan agreements with Greece’s EU partners.
Source: AMNA