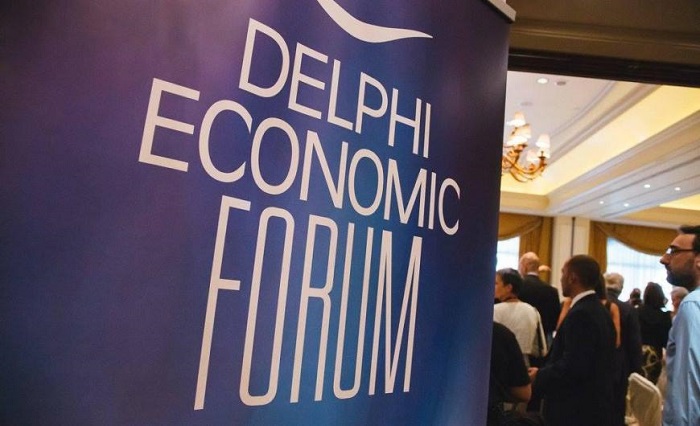 The Fourth Annual Delphi Economic Forum opened on Thursday in the Greek city of Delphi. The major international conference aims to identify the most important global economic trends and assess their implications for the wider Eastern Mediterranean Region.
The forum’s agenda this year includes ninety-five sessions, all having the overarching theme of  “The Challenge of Inclusive Growth.” According to the organizers, the forum aims to continue the dialogue held during previous years, and to draw up a long-term strategy for growth in Southeastern Europe and the Balkan countries.
Representatives from twenty-four countries, 500 speakers from around the world, 2,500 delegates and over 200 accredited members of the press from Greece and abroad are attending the forum. The major international conference has become a focal point for policy makers in the region for the last four years.
Among the figures set to attend are the president of the Greek Republic, Prime Minister Alexis Tsipras, and the leader of the New Democracy Party. European commissioners, university professors, politicians and entrepreneurs from Greece and many more countries will also take part.
The heads of Greece’s largest business groups have also confirmed their participation in the Delphi forum.
Major emphases of the Forum will be the changes and restructuring brought about by the “Fourth Industrial Revolution”, new trends in technology, and the future of retail commerce. New payment technologies, the digital transformation of enterprises and other contemporary issues will also be discussed at the free-ranging talks between Forum participants.
The event will also focus on issues related to the European Union ahead of the European elections coming up in May.