Greece is gradually discovering the potential tourist goldmine of its plentiful, and in most cases little-known, natural hot springs.
Due to Greece’s unique geology, there are more than 700 natural hot springs dotted all over the country — and 84 of them are officially recognized as having healing properties.
Yet only a handful are properly equipped to offer a complete range of spa services. In contrast, western Europe has literally hundreds of health resort spas which cater to millions of visitors every year.
Greek tourism insiders say that catering to travelers who combine leisure activities with spa-related health treatments is a growing industry that the country has yet to fully appreciate.
The idea of ​​using hot springs or spas in the hope of curing certain diseases dates back to prehistoric times, and the history of thermal springs is rooted in ancient Greece.
Herodotus was the first to establish the precise methods of balneotherapeutic practices, but it was Hippocrates, the most celebrated physician of antiquity, who dedicated a large section of his works to the therapeutic properties of thermal water.
After the passage of three millennia, the Greeks are again discovering the importance of healing waters and thermal springs, and not only in terms of well-being and rehabilitation. Perhaps just as importantly, the careful development of Greece’s natural hot springs could bring significant benefits to the Greek economy.
A recent study found that Greece’s thermal spring facilities could triple their revenues, to some 390 million euros per year, if they could be upgraded.
Greek travelers are willing to spend 45 euros on average per day for accommodation, food and spa treatments and stay for up to eight days.
The Greek Reporter presents ten outstanding natural spas located across Greece.
Edipsos
Located about two and a half hours from Athens on the island of Evia, Edipsos is one of the most famous spa towns in Greece. The town has approximately eighty thermal springs.
Popular since ancient times, the temperature of Edipsos’ thermal waters range between 28°-80°C. The waters there contains high percentages of magnesium, calcium and iron. It is thought that these elements promote healing. 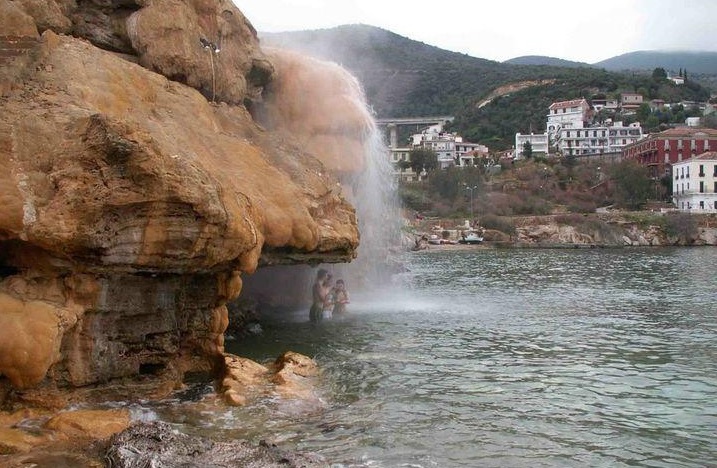 Scattered all across the city, the various springs supply water to all the hydrotherapy centers of the region. Accommodation options are many, and include five-star and boutique hotels, guesthouses and more.
Even better, you may find semi-thermal sea water at certain beaches, where the hot springs’ water empties into the sea.
Kamena Vourla
The quiet seaside town of Kamena Vourla, 150 kilometers (87 miles) north of Athens, is another great destination for a relaxing and rejuvenating holiday. Blessed with radioactive elements which some claim to be beneficial for healing a series of ailments, the hot spring’s water temperatures vary between 30-40 °C. 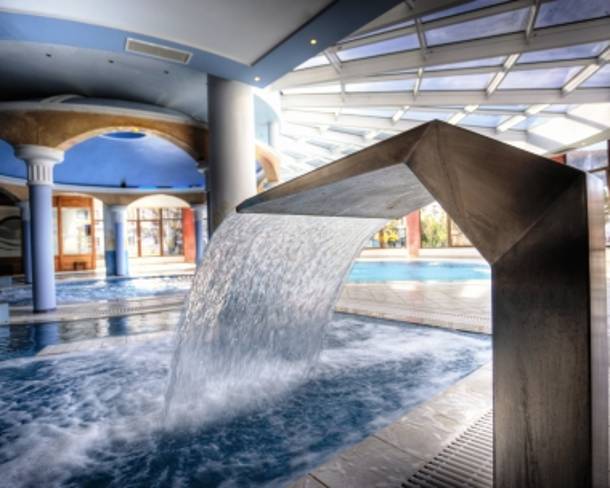 Travelers may combine a stay in Kamena Vourla’s Galini Wellness Hotel, one of the largest spa facilities in the area, with a few visits to nearby cultural treasures and winter sports areas as well. The archaeological site and museum of Delphi is close by, as well as the site of the ancient battle of Thermopylae and the ski resort of Parnassos.
Loutraki
Loutraki, near Corinth, only 81 kilometers (50 miles) west of Athens, was one of the first thermal spa destinations in Greece. Known during ancient times for its curative waters, the seaside town is home to a thermal spa boasting a plethora of services and treatments, including “thalassotherapy.” 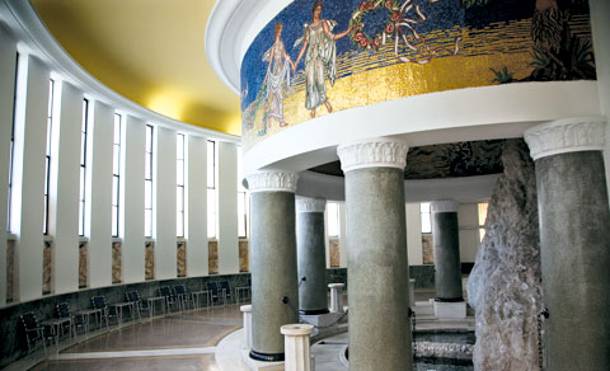 Given its convenient location near Athens, Loutraki Spa is an excellent destination for a day trip, which you can combine with a visit to the casino nearby.
Methana
Located on the Peloponnesian headland opposite the island of Aegina, Methana is another popular spa town which attracts thousands of Greek and foreign visitors every year, especially in the summer.
Writing in the second century AD, the ancient Greek traveler Pausanias claimed that these warm springs appeared after a volcanic eruption near Methana in the third century BC. 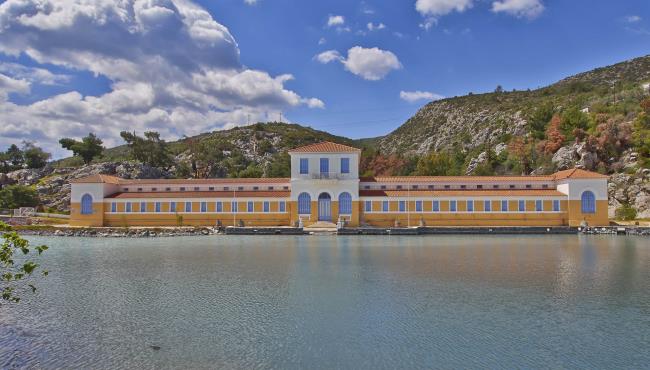 Although the volcano has been inactive for more than 2,000 years, this ancient volcanic peninsula is still blessed with warm sulphur springs and even impressive views of steam geysers near the old crater.
Beautiful beaches, traditional villages and myriad walking trails are but a few of the attractions of this magical place.
Pozar
Located in the district of Pella, the birthplace of Alexander the Great, Pozar Thermal Baths, in the foothills of Mt. Kaimaktsalan, is an impressive site for so many reasons. It boasts hot springs, pools, and rivers with thermal water as well as natural and artificial waterfalls. 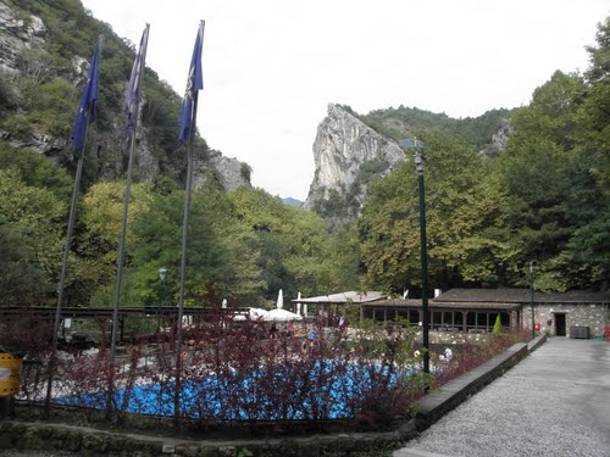 Thermopotamos River, which flows near the rocky mountain, features small waterfalls and has shallow river bends. The thermal water, at 37⁰C, is recommended for rheumatic, dermatological, gynecological, respiratory and circulatory system conditions.
Travelers will find diverse accommodation options, including hotels, bed & breakfasts and guesthouses. With a variety of spa treatments available, Pozar is a top destination, especially if you wish to add in other activities such as skiing at the nearby resort, or simply enjoy the nearby forests.
Kaifas
Located in the tranquil municipality of Zacharo, in the Peloponnese, the Kaiafas thermal springs have been renowned since antiquity. They include two springs, called Anigrides Nymphes and Geranio (also called Atlantides Nymphes) which flow out of caves at the foot of Lapitha Mountain.
According to Greek mythology, the larger cave was home to the Anigrid Nymphs, and the smaller cave, Geranio Andro, also had a population of the creatures. They are located on the east shore of the Kaiafas lagoon. 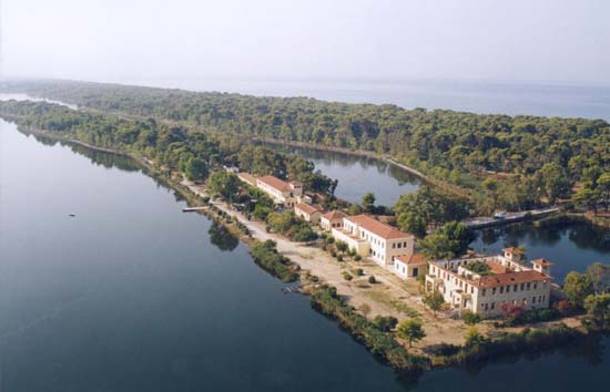 The spring water there, which is 32-34°C when it reaches the surface, is rich in sulfur compounds and minerals, with strong therapeutic properties. You will find a modern hydrotherapy center with private baths and an outdoor pool, as well as other areas for the many treatments available.
Kyllini
The Thermal Springs of Kyllini (also called Lintzi) are located in a region of infinite beauty. They are situated nine kilometers (5.6 miles) away from Kyllini, secluded in the woods. As one approaches the Kyllini Baths, the forest becomes denser and the tall trees extend all the way to the sandy beach. 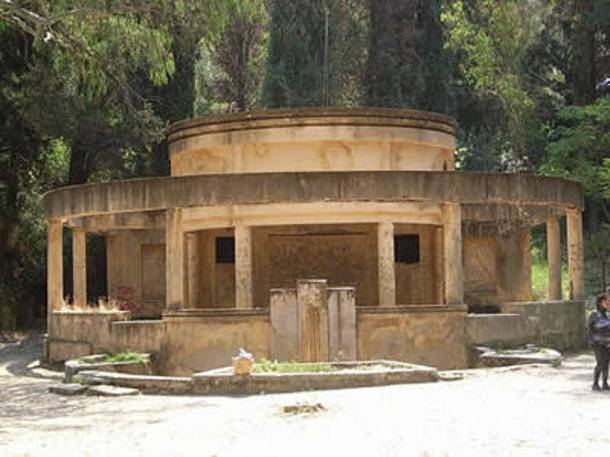 The Kyllini Baths have been renowned since ancient times for their hot springs. The waters, the steam and even the mud under the water are ideal for helping cure arthritis, asthma and skin diseases.
Lagadas
Only two kilometers (1.2 miles) east of the city of Lagadas, lie its homonymous curative baths. The evolution of the baths of Lagada is directly connected with the history, traditions and culture of the area through the ages.
The first balneotherapy facilities in the region of Lagadas date back to 900 A.D. Tradition has it that the baths were created by the Byzantine military doctor Ioustinianos (Justinian). 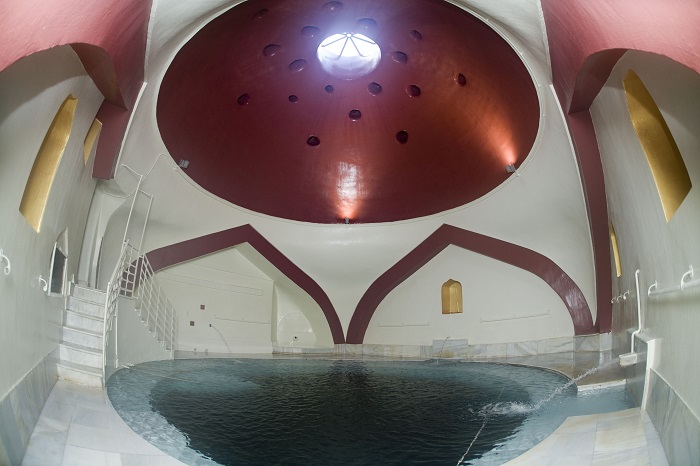 Today, two Byzantine tanks from the years 900 and 1400 A.D. still remain — and remarkably, are still used. Geographers and travelers in 1670 AD mentioned Lagadas’ Byzantine spa, making a special reference to the “magnificent marble group tub.” The modern development of the baths began in 1925, and today Lagadas is a large, modern spa city.
Smokovo
The curative springs of Smokovo are 35 km (22 miles) southwest of Karditsa, in the mountain range of Agrafa, at an altitude of 450 meters (almost 1500 feet). The first mention of the use of the hot springs there was made in 1662.
At that time, two lords from Smokovo built temporary facilities for their baths. The inhabitants soon did the same, and soon the reputation of the extraordinary properties of the springs spread far and wide. 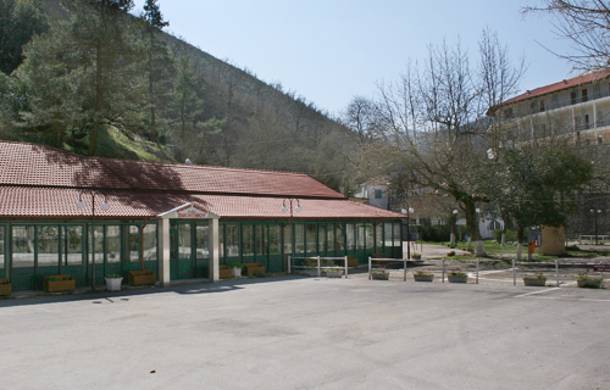 Among the most famous visitors of that time were Ali Pasha of Ioannina and Mahmout Pasha. Two springs were named after them to honor them. The waters flow from five different springs and are channeled into the hydrotherapy center.
Santorini
Palia Kameni is a refreshingly uncommercial hot spring experience on this most polished and well-known of all the Greek islands. It has copper-colored rocks and sparkling emerald  water. Habitués of the many walk-in springs on Santorini slather themselves with warm sulphurous mud before washing off in the mineral-rich water. 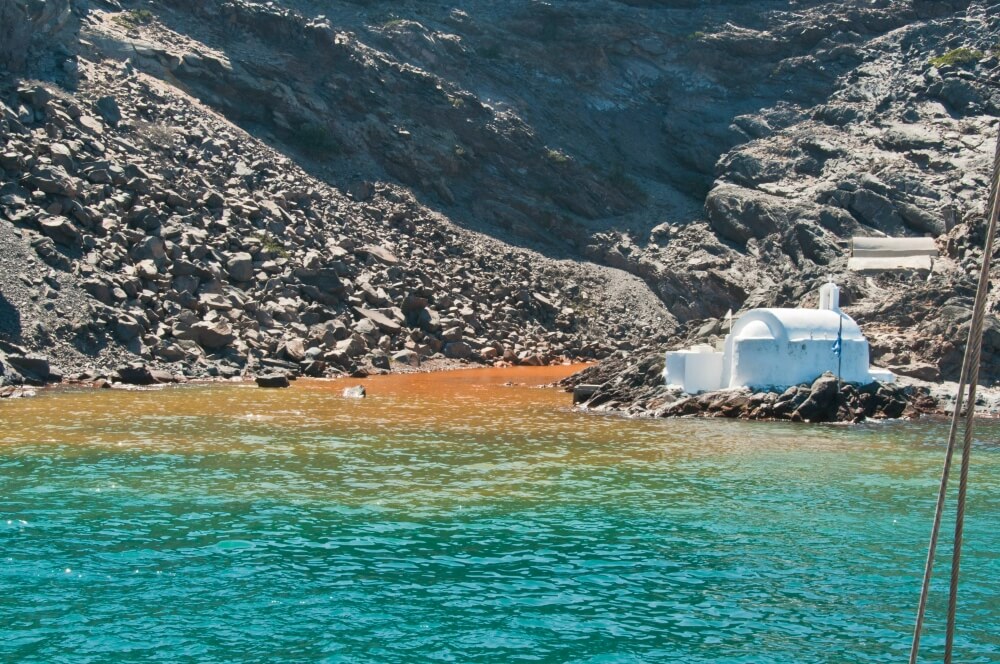 To enjoy the same invigorating experience, all you have to do is book a trip to Ammoudi or rent a boat and head along the coast until you reach the bay of Palia Kameni. You can’t miss the bright green hot spring water pouring into the sea.