By Tasos Kokkinidis
February 25, 2019
Facebook
Twitter
WhatsApp
Linkedin
Email
The distraught father of the soldier belonging to Greece’s Presidential Guard who died in Athens last week marched in a parade dedicated to his memory on Sunday.
Christos Thomas, father of 24-year-old Evzone soldier Spiros Thomas, braved the cold to honor his son, who died suddenly last Thursday at the Guard’s barracks in central Athens.
At the end of the parade, the Evzones shouted the word “immortal!” and later held one minute of silence for their former colleague.
The causes of Patras native Spiros Thomas’ death are still unknown, and an investigation is now underway in order to clarify the reasons for his collapse. 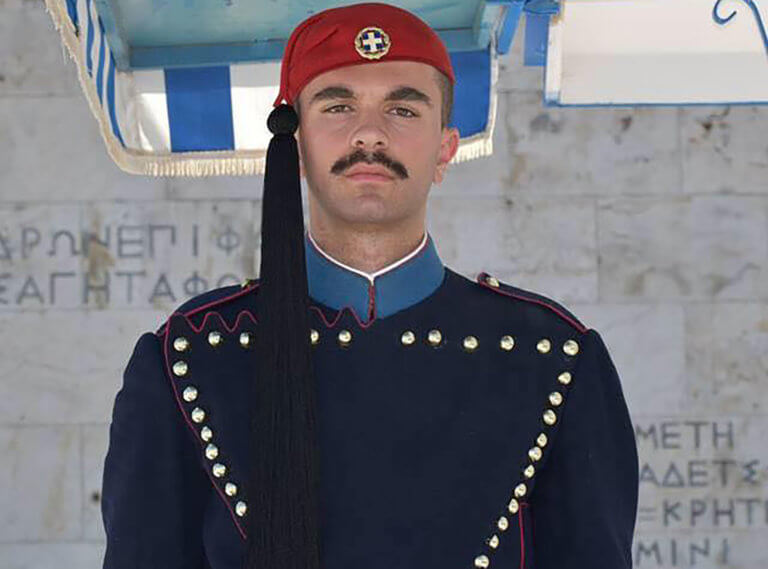 Evzone Soldier Spiros Thomas
Greece’s Presidential Guard, also known as the ”Evzones,” comprise a ceremonial military unit which guards Greece’s Tomb of the Unknown Soldier in Athens’ Syntagma Square. They also guard the Presidential Mansion, the official residence of the President of the Republic of Greece.