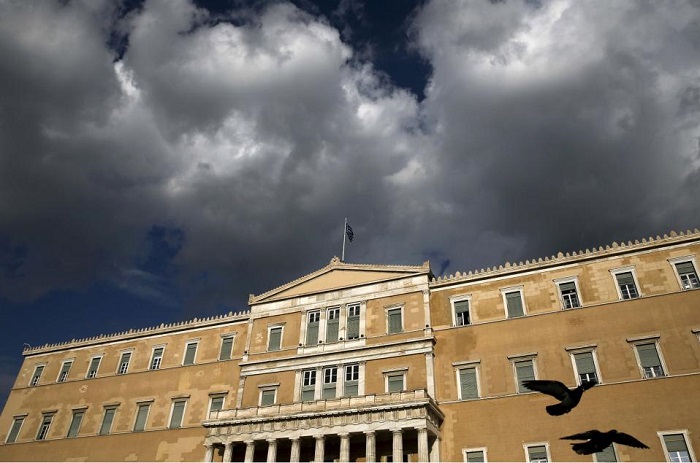 Greek Prime Minister Alexis Tsipras has unleashed a barrage of promises to voters very much like those that brought him to power in 2015. With European Parliamentary and local governmental elections approaching in May, and national elections looming in autumn, he has launched himself into full campaign mode.
And it might be Greece that comes up the loser.
After the third bailout program ended in August 2018, the Greek government has embarked on an atypical campaign, vowing it will help society and the economy to return to normalcy. Tsipras argues that since his administration achieved a higher than required primary surplus, he has greater fiscal freedom to cater to those in need and implement measures to boost the economy.
The SYRIZA administration has somehow managed to scrap pension cuts which were scheduled to begin as of January 1st, and raised the minimum wage by a full 11 percent. Further, the government vows to cut property and corporate taxes and reduce social security contributions for professionals and freelancers.
In addition, he says he will extend the reduced value-added tax (VAT) policy for five Aegean islands which host migrant reception centers and ease the payoff of outstanding debts to pension funds and bank loans.
All the above promises were accompanied by beginning the process to hire tens of thousands of employees for the public sector. And these are exactly the types of practices which led Greece to bankruptcy in the first place, and made the three bailout programs necessary.
Rampant clientelism, nepotism, kickbacks and spending galore amidst corruption scandals which were swept under the rug. And all that, without even meeting the real needs of Greek society, public organizations and agencies. Relatives, friends and SYRIZA party members have been hired left and right throughout government organizations.
One glaring instance of the problem is in public hospitals in Greece. They now have tremendous shortages of doctors and nurses; at the same time, there are dozens of administrative and cleaning staff in each hospital, most of them redundant.
One cannot really imagine where all this money comes from. So it becomes obvious that all the announcements about dividends, allowances, raises and tax cuts are nothing more than election campaign talk. Tsipras, like most politicians before him, chose to offer pre-election gifts to Greeks instead of steering the economy through the reforms needed for true economic growth.
It has also become obvious that he has scrapped all necessary reforms in order for him and his party to remain in power.
A case in point is the government’s efforts to protect bad loans, an issue which has brought Greek banks to the point of needing another recapitalization. One of Tsipras’ pledges before coming to power was that personal mortgage debts would be forgiven and “no home will pass to the hands of bankers.”
True, many homeowners could not afford their mortgages in the years of the economic crisis. However, there are as many who simply do not repay their loans even when they can. Along with homeowners in dire need, there are many scofflaws who have used the crisis as an excuse to dodge their debts.
The settling of red-lined loans was – and still is – one of the top requirements of the bailout program because that would keep Greek banks healthy. The Greek government has not yet complied with this, and keeps postponing the unpopular reform.
The delay in its implementation has angered Greece’s creditors who do not view most of Tsipras’ promises to the Greek people favorably. The same applies to the stalling of privatization processes as well.
In fact, Athens is to receive € 4.8 billion ($5.5 billion) from profits European central banks have made, and will make, from Greek bonds until 2022. The funds will be disbursed in six-month installments, if the reforms agreed are implemented. The December, 2018 installment has not yet been disbursed because of the unconscionable delay in implementation of reforms.
Warnings have come from several EU officials who visited Athens to review the progress made by post-bailout Greece. These people, who control Greece’s purse strings, were clearly unhappy with the progress of the reform process.
Greece’s creditors – the European Stability Mechanism, The European Commission and the European Central Bank – are now threatening not to approve the debt relief measures they agreed on in principle last summer.
ESM chief Klaus Regling warns that the next creditors’ review on February 27 must be positive — otherwise Greece will lose €1 billion ($1.15 billion) in profits from Greek bonds.
Yet creditors still want to avoid a conflict with Athens, because they don’t want to scare away potential investors. At the same time, with the Greek government not implementing the much-needed reforms, investors stay away anyway. The tense political climate in Greece surely makes investors even more reluctant to put their money in the country.
Analysts say that despite PM Tsipras’ insistence that national elections will be held on schedule in October, it is likely that three votes will be set in May. The prime minister sees his main opponent New Democracy leading the polls, and his popularity waning, after the Prespa agreement fallout.
So all his promises and gifts to potential voters are becoming larger as days go by. And so will be the fiscal holes that the Greek economy will be left with after the next elections. Whenever those are actually held.