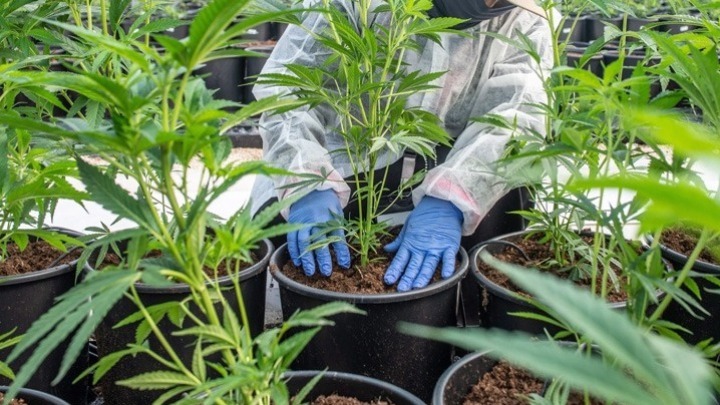 A total of thirty separate proposed foreign investments in medical and industrial cannabis production have been submitted to Greek authorities for approval, it was revealed on Sunday.
According to sources quoted by the Athens-Macedonian News Agency (AMNA) the total proposed investments exceed 350 million euros.
Of the known proposals, two have been approved, two rejected and the remaining twenty-six are still pending.
According to the same sources, strong investment interest has been expressed by foreign investors hailing from such countries as Israel, Canada, Saudi Arabia, Germany, Belgium, France and Russia.
The size of the proposed investments,  indicates that Greece could emerge as an international hub for the production and processing of medical and industrial cannabis, market analysts said. They project that the investments could lead to the creation of an additional 1,436 new jobs in Greece.
Of the thirty applications for a license to grow and process medical cannabis so far, Greek authorities have approved those submitted by Biomecann SA and Bioprocann SA last November. Those two projects together represent a total investment of 22 million euros.
The two rejected applications were filed by a company which is no longer in operation and a company which didn’t fill in the required questionnaire.
Of the remaining applications, twelve were submitted before November 2018. The remaining fourteen proposals — amounting to an estimated investment of 159.1 million euros — have been submitted since that time.
According to the AMNA’s sources, twelve proposals are considered “more mature” and in some cases authorities have asked for additional supporting documents. Sixteen applications are currently in the process of collecting the necessary supporting documents. Seven also include land-use certifications.
The twenty-six proposals would require growing acreage covering more than 110 hectares.
“Over the next few years we will have a very large production of both types, medical and industrial, and we will have effectively created a parallel and very important pharmaceutical industry in Greece,” the sources stated to AMNA.
According to analysts, the new agricultural sector could potentially bring investments worth 1.5 billion euros to Greece in the near future, and eventually generate approximately 7,000 jobs.
Based on figures released by the Agricultural Ministry, areas for which proposals have been submitted include Corinth, where one has been approved and one is pending and Thiva, where seven have been approved.
The Kilkis area has seen five approvals; Serres has had one proposal passed and Attica two. Kastoria will see three projects, and there will be one each for Sparti, Ileia, Messolonghi, Magnisia, Halkidiki, Fokida, Preveza and Larisa.
Source: AMNA