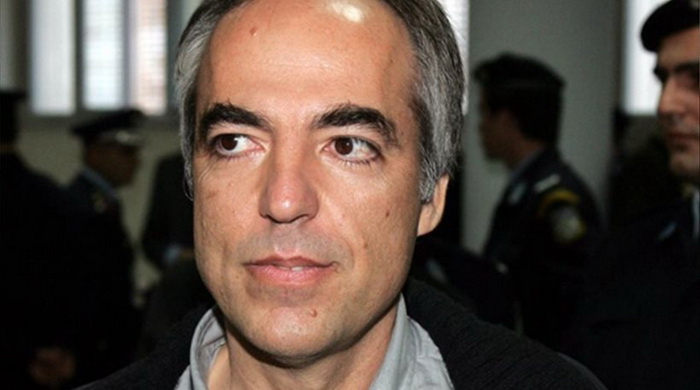 The Greek Ministry of Justice, Transparency and Human Rights denied Saturday reports suggesting that the terrorist of ”November 17” group Dimitris Koufontinas was granted another 6-day furlough.
Earlier on Saturday, many Greek media outlets reported that Dimitris Koufontinas, a 61-year-old senior member of the November 17 terrorist group, would be granted a new 6-day furlough from the minimum security prison near Volos in Central Greece.
His new furlough was believed to start on February 28.
The Ministry of Justice clarified that Kofontinas will not get another furlough, noting that whoever leaked such information misunderstood a simple procedural issue, regarding the calculation of the days of furloughs granted to inmates.
Koufontinas had a six-day furlough during the Christmas holidays when he was spotted strolling around the streets of Athens.
The ”November 17” terrorist group was formed in 1975, and it is believed that it was disbanded in 2002, after the arrest and trial of a number of its members.
The group assassinated at least 23 people in 103 attacks; all of which were American, British, Turkish and Greek targets.