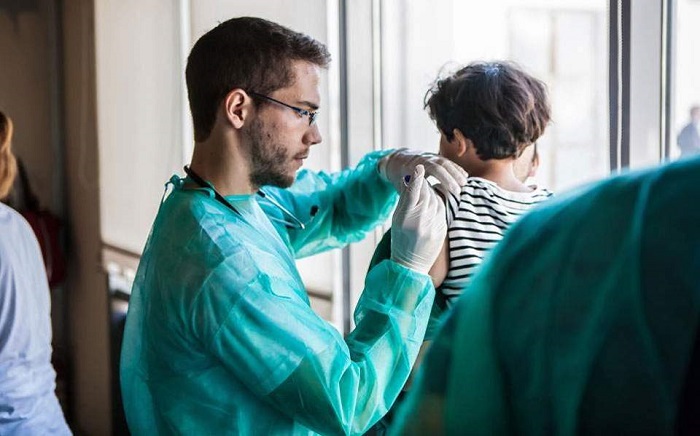 A 49-year-old man in Chania, Crete who died on Thursday at a local hospital is the latest victim of this year’s influenza outbreak in Greece.
His death brings the number of fatalities from influenza since last November to thirty-nine; twenty people have died just within the last week.
Greece’s Center for Disease Prevention and Control (KEELPNO) warned that younger people are now more likely to contract influenza, with more patients belonging to the 0-14 and 18-25 age brackets.
However, the overwhelming majority of influenza cases, including fatalities, occurred in segments of the population which have historically been at high risk of complications, and had not been vaccinated.
KEELPNO reiterated its advice that flu shots are always the best protection against the virus.
In the previous flu season of 2017-2018 KEELPNO recorded forty-two fatalities across the nation. This was a great decrease from the total of 108 fatalities which occurred in Greece during the 2016-2017 winter season, according to official data.