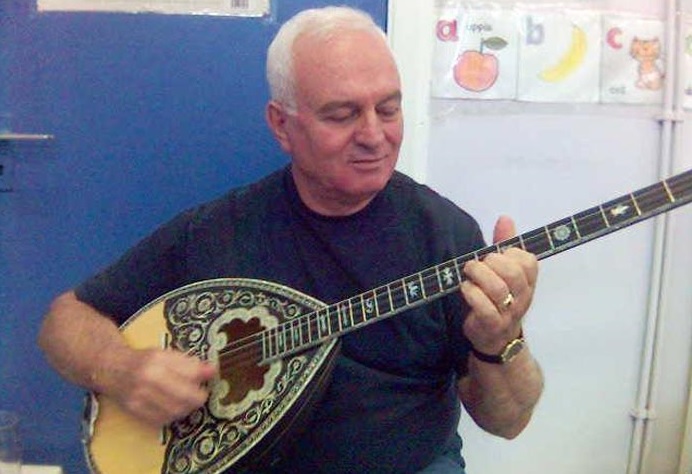 
He performed in music halls, gave concerts and had regular gigs at some of Greece’s most prestigious nightclubs.
Polykandriotis also founded an eponymously-named music school in London where he relocated permanently in 1996, teaching not just bouzouki but baglama and tzoura as well. He did everything within his power to ensure the survival of Greek diaspora culture in London’s vibrant Hellenic community.
One of Polykandriotis’ brightest moments was his performance at the 2012 London Olympics where he charmed the entire audience with songs such as “‘The children of Piraeus”, “Zorbas”, “Zeibekiko of Evdokia.”