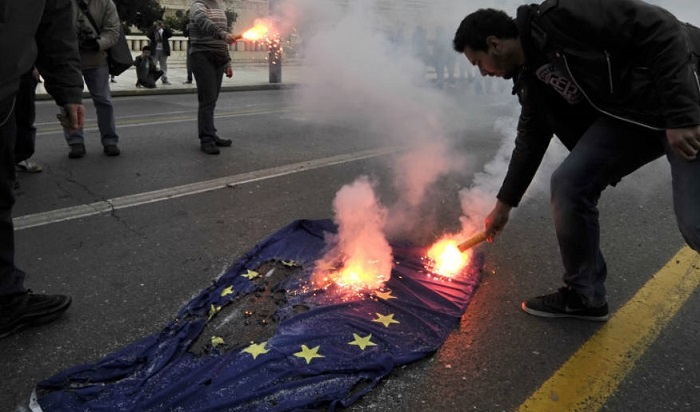 The nail-biting weeks leading up to the first Greek bailout in 2010 are the subject of a new BBC documentary which aired on February 4.
The spellbinding film, titled “Inside Europe — Ten Years of Turmoil” takes viewers inside the room at crucial summits where leaders and their finance ministers battled to avert a looming European financial catastrophe.
At the heart of the film is the clash between the cautious Chancellor of Germany Angela Merkel and the feisty French prime minister Nicolas Sarkozy over how to deal with the near-bankruptcy of Greece.
It is a gripping story which sees billions of Euros being pumped into the economy, riots in the streets against austerity measures, and the election of Europe’s first populist government.
The real-life “cast” of the documentary includes some of Europe’s most powerful figures, such as Germany’s finance minister Wolfgang Schauble and UK chancellor George Osborne. The radical Greek finance minister Yanis Varoufakis, as well as top leaders Donald Tusk, Francois Hollande and Matteo Renzi also feature prominently in the story of the Greek crisis.
As the EU’s most ambitious project, the Euro itself, teeters on the brink of collapse, Greece narrowly escapes being forced out of the Union.