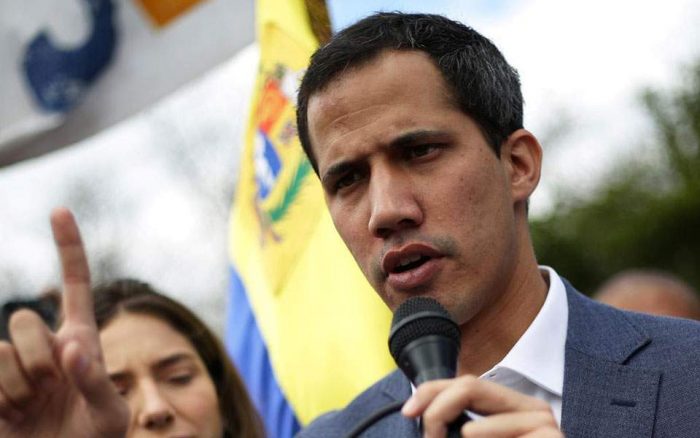 Venezuela’s self-proclaimed interim President Juan Guaido expressed his concern on Monday about the Greek government’s stance regarding the dire political situation in his country.
Speaking with Greece’s SKAI TV, Guaido said that he is concerned about Greece’s hesitation to condemn the current government of Nicolas Maduro.
Guaido called on the Greek prime minister and members of his ruling left-wing SYRIZA party to visit Venezuela and see conditions in its hospitals and schools. He also invited them to come and take a hard look at the overall economy of the country under the leadership of Maduro.
The interim president stated, “I would not like to get involved with the political affairs of Greece or its national interests. But I call on the Greek prime minister and any member of his party to come to Venezuela as soon as possible… Tomorrow, or the day after tomorrow if he wants to.
“And go together in hospitals, pharmacies, or schools in Venezuela. Or stay a week to live with Venezuela’s minimum wage worker and see what he thinks about Maduro’s regime”, Guaido added.
The European Union issued a statement on Saturday concerning the upheaval in the South American country. It said that the ”urgent holding of free, transparent and credible presidential elections, in accordance with internationally democratic standards and the Venezuelan constitutional order,” is needed now.
The Greek government initially expressed its hesitation to sign the EU statement, but in the end, it agreed to sign.
However, Greece’s ruling SYRIZA party issued its own statement, noting that it supports ”the legitimate President of Venezuela, Nicolas Maduro.”
Guaido proclaimed himself the interim president of Venezuela last week, and countries including the US and Canada have already recognized him as such.
The European Union has asked for immediate, free and democratic elections before the crisis escalates further. The nations of China and Russia still openly support Maduro.

Venezuela is undergoing a catastrophic economic crisis, with inflation reckoned in millions of percentage points. Basic goods such as flour and toilet paper are nowhere to be found and millions of people are losing weight due to malnutrition.
A recent study found that on average, Venezuelans have lost 25 pounds of weight in the last year. The neighboring country of Colombia has opened soup kitchens along their border and thousands of Venezuelans flock to them every day, lining up for the plentiful food dished out by volunteers.
At the same time, Venezuela remains one of the largest producers of oil in the world, and for many decades had one of the strongest economies in Latin America.