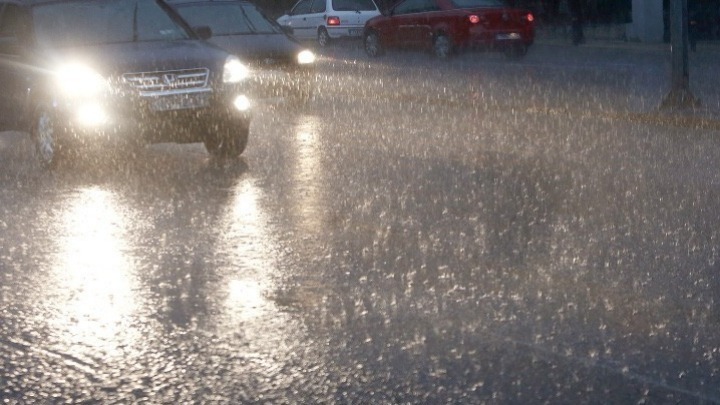 Heavy rain and storms, accompanied by hail, arrived on Greek shores in the early hours of Friday morning, beginning in western Greece and the Peloponnese and spreading to the eastern mainland, Attica and Evia.
The national meteorological service EMY said that the inclement weather is expected to quickly spread to northeast Greece, affecting Central and Eastern Macedonia, Thrace and the islands of the northern Aegean. The storms will reach the rest of the islands by Friday afternoon.
Snow is predicted at moderate and high altitudes in Epirus, the western mainland and Western Macedonia.
Powerful winds in the Aegean, which reached speeds of up to 9 on the Beaufort scale, not only tied up ferries at the ports of Lavrio and Rafina, but also prevented all sailings from Piraeus to the Cyclades Islands.
Shorter routes, which use open-top ferries, have also been affected in Salamina, Kylini, Kavala and Igoumenitsa.
On Saturday, the stormy weather will be confined to just Central and Eastern Macedonia, Thrace and the islands of the Aegean, while gradually improving beginning in the evening.
The General Secretariat for Civil Protection said that all state services are on alert to deal with any problems that the severe weather may cause. The Secretariat advises the public to be especially cautious and take measures to protect themselves from weather-related hazards.

Greek and U.S. Coast Guard and naval forces conducted joint exercises in the Arabian Gulf in one of the most strategically-important areas of the world.
Europe

A new border surveillance drone, which represents the next generation of unmanned surveillance aircraft, will be manufactured by a Greek firm.
Ancient Greece

Found with a metal detector in his hand, a 68-year old man was arrested on Sunday for illegally excavating in the archaeological site of Amphipolis.