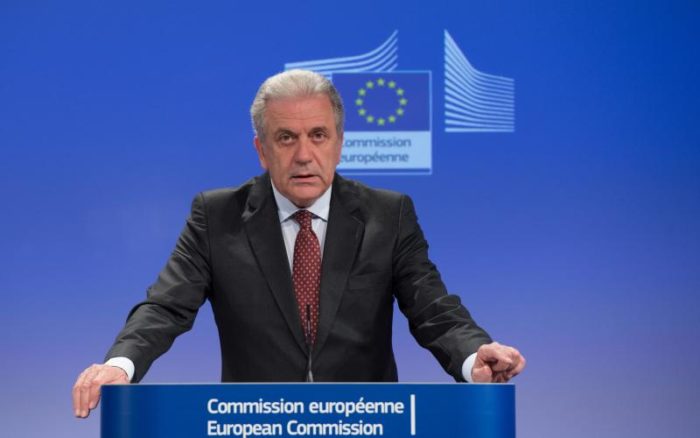 The European Union’s Commissioner Dimitris Avramopoulos characterized the Prespa Agreement as “problematic” in a statement he issued on Wednesday.
The European Commissioner for Migration, Home Affairs and Citizenship said that “The Prespa Agreement is not balanced, and therefore it is problematic”.
Avramopoulos added that “the geographic qualifier all governments agreed on is one thing, but the historic qualifier attempted through the Agreement is another.”
Regarding the words used to describe the nationality of F.Y.R.O.M., Avramopoulos noted that the concepts of nationality and language constitute the national identity of a state.
Avramopoulos said that the provisions of the Agreement on these issues open the way to their irredentist use in the national politics of the two countries.
“The government would have acted differently if, instead of ignoring and then preempting the political parties in Greece, it had sought national consensus before moving ahead with the Agreement,” Avramopoulos noted.
Avramopoulos is a 65-year-old Greek center-right politician and former career diplomat.
Before assuming the office of E.U. commissioner, he served for years as the mayor of Athens and in various high-level governmental posts, including Minister for Foreign Affairs and Minister for National Defense.
With information from AMNA