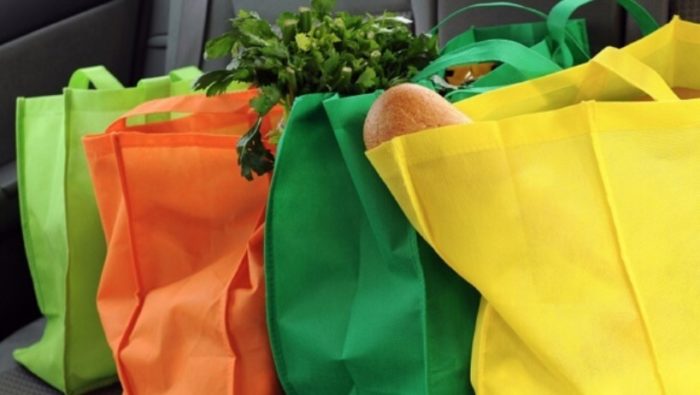 The Greek Environmental Ministry will distribute free reusable bags to elderly people in February in a pilot program beginning in four cities across the country.
Sokratis Famellos, the alternate Minister of Environment and Energy, announced the new initiative during a press conference on Tuesday presenting the results of the country’s initiative to charge for plastic bags. The environmental initiative was introduced as an effort to cut down on the use of plastic, and the measure has been in effect all over the E.U. since January 1, 2018.
The first four municipalities where the reusable bags will be given out are Chalandri in Attica, Volvi in Central Macedonia, Nafpaktos in Sterea and Allonisos in Thessaly.
The initiative is part of a pilot project aimed at further reducing the use of plastic bags, Famellos explained. The environmental minister added that the project is the best way to utilize the revenue received from the green initiative, which entailed charging €0.03 per bag in 2018 and €0.07 in 2019.
“We had said from the beginning that the plastic bag charge was not introduced in order to raise revenues, but was rather designed to deter people from their use. Our aim was to redistribute any amount collected back to the citizens”, Famellos explained.
According to data he cited, during the first nine months of 2018 the bag charge yielded €15,506,584 ($17,612,000), with plastic bag use being reduced by 80 percent in supermarkets and malls, and 60 percent in the rest of the market.
The E.U. has set a target of 90 plastic bags being used annually per person after the year 2020 across the Union.
Greece’s average plastic bag use is currently slightly over 100 per capita annually.
Famellos said that if Greece does not meet this target, the Ministry will change its strategy in order to achieve the environmental goal.
With information from AMNA