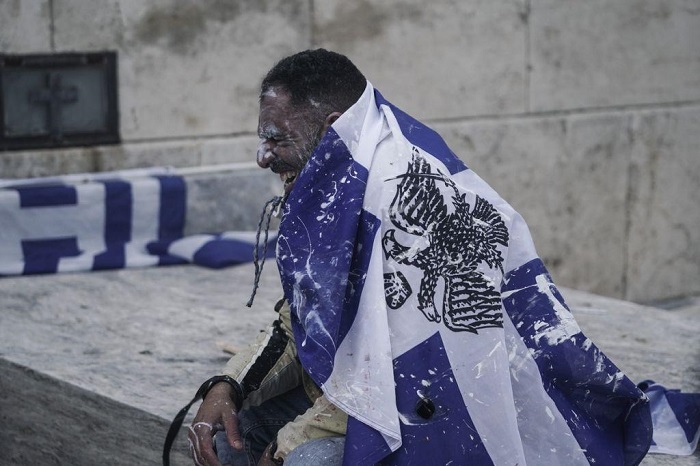 The Greek opposition demanded the resignation of ministers after dozens of people were injured during clashes between police and demonstrators at the Athens rally for Macedonia on Sunday.
According to the police, 46 people were injured, including 24 police officers. Seven people were arrested.
“Mr. Tsipras’ patchwork government showed today its darkest, most authoritarian side. Panicking from the wrath of Greek people and with no serious cause, they sprayed (teargas) to disperse the hundreds of thousands of citizens that gathered from all over Greece” According to a New Democracy Party statement.
“Madames Gerovassili and Papakosta (the ministers in charge of the Ministry of Public Order) should be ashamed of themselves and should resign today,” the statement added. 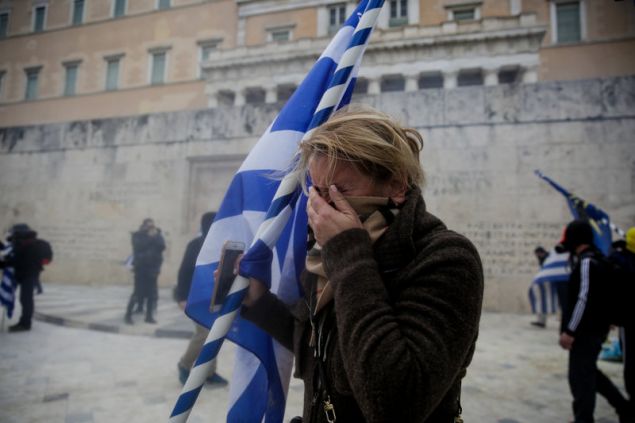 People attending the rally said large clouds of tear gas led many to abandon the protest. The square in front of Parliament had nearly emptied out by early evening, though small groups of protesters continued to clash with officers.

Demonstrators threw rocks, flares, firebombs, paint and other objects at riot police who responded with repeated volleys of tear gas. Some protesters jumped over a fence and tried to scale the steps leading to the parliament building, but officers chased them back down.
One man draped in a Greek flag attacked police with a large stick, while others swung huge flags mounted on wooden poles, striking officers.
Photojournalist Costis Dadamis suffered head wounds after he was attacked by a group of unknown individuals during the rally.
A statement from Prime Minister Alexis Tsipras’ office blamed “extremist elements and members of Golden Dawn” – an extreme-right, anti-immigrant party – for the clashes on Sunday.
The Greek parliament is expected to begin a debate Monday on ratifying the Prespa deal, and vote on it by Friday. FYROM’s parliament has already approved it, agreeing that the country would afterward be known by the name “North Macedonia”.

Greek police uses excessive force and throws tear gas against protesters, including elderly citizens and families, opposing the Prespa Agreement at 'Macedonia is Greece' rally outside the parliament in Athens. Get the full story: https://bit.ly/2W5wb3h