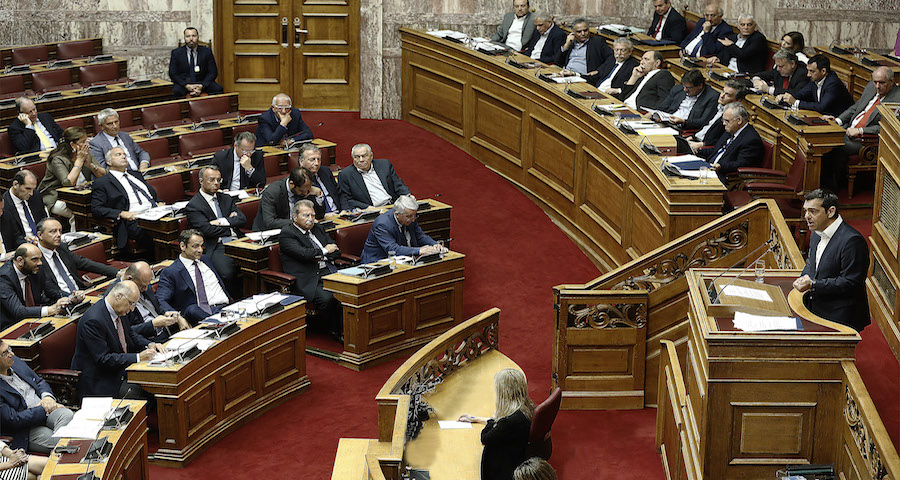 Greek lawmakers gave the thumbs-up to Alexis Taipras and his government on Wednesday night — but only just.
The Prime Minster survived the late-night confidence vote by just one vote, 151 voted “yes” opposed to 148 who voted “no”.
Tsipras called for the confidence vote on Sunday after his junior coalition partner the ANEL party pulled out, plunging the country into fresh political turmoil and fueling speculation about possible snap elections.
In an impassioned speech to Parliament on Tuesday, Prime Minister Tsipras appealed for a renewal of confidence, declaring that his administration had extracted Greece from its international bailouts and still had work to do.
The leader of the conservative New Democracy Party, Kyriakos Mitsotakis, who is far ahead of the Syriza party in opinion polls, called the coalition breakup a “staged divorce,” designed to keep the current government in power. The vote of confidence should be granted by the Greek people themselves, he said, and through elections, “here and now.”
Tsipras has insisted that his minority government would remain in power until October, when its four-year term is due to end.
Analysts believe, however, that he is likely to call elections earlier. They underline the difficulties a minority government would have in passing legislation and the likely concomitant negative impact on financial markets.