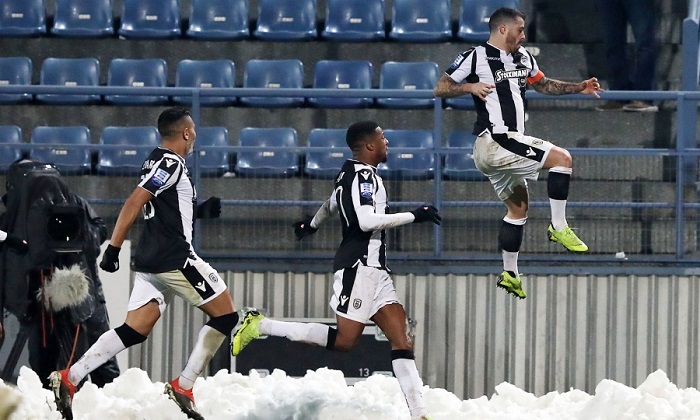 PAOK continued from where they left off before the winter break by registering their 14th win in 15 games in the Greek Supeleague on Sunday.
PAOK maintained a commanding 8-point lead over their nearest rivals Olympiacos by  thrashing Asteras Tripoli 3-0, away from home.
Captain Vieirinha opened the score for the Thessaloniki club on the 65 minute. Brazilian midfielder Mauricio doubled the tally a few minutes later, while an own goal by Konstantinos Triantafyllopoulos in the last minute of the game secured three points for PAOK.

Earlier on Sunday, Olympiacos kept the pressure on the leaders by securing a comfortable 2-0 away win over Levadiakos in a one-sided clash in Livadia.
Goals from Greek international midfielder Kostas Fortounis and striker Miguel Angel Guerrero sealed a first three-point haul of 2019 the Piraeus team. 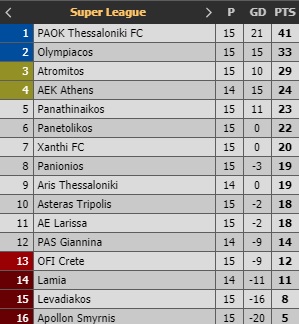