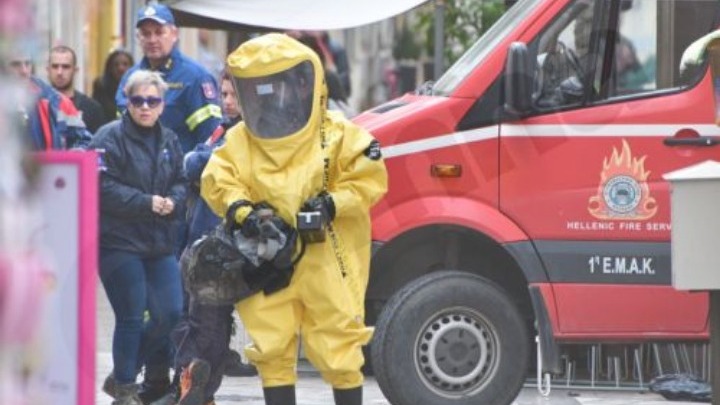 Greek law enforcement agencies and universities remained on high alert as the tally of suspicious envelopes sent to the country’s universities from India, including some containing an unidentified irritating powder, continued to rise on Friday.
Dozens of university rectors have come forward to report the receipt of similar envelopes. Based on the evidence so far, it appears that the envelopes had been sent by post many days ago, some of them arriving around Christmas.
Universities which have received envelopes include the University of the Aegean in Mytilini, Lesvos; the Ionian University; the National Technical University of Athens (NTUA); Macedonia University in Thessaloniki and several others.
In addition, envelopes have been sent to Technological Educational Institutes (TEI) and to a private college in Athens, while some were addressed to tertiary education establishments. One further envelope, which was addressed personally to a Thessaloniki university professor, was seized at Athens International Airport.
Apart from the envelope in Mytilini, which set off the alarm, none of the others opened so far contained any suspicious substance.
The powder which irritated the nasal lining and mouth of employees at the University of the Aegean appears not to have been dangerous. According to sources, an analysis at the General State Chemical Laboratory indicated that the specific envelope contained a type of glue that irritates the nose and mouth and was soaked in a substance used in printing ink.
In several cases, the envelopes were opened by University staff or rectors and found to contain advertising material, while none of the people involved reported any symptoms.
A definitive answer is still pending, however, since tests on many of the envelopes have not been completed.
Any staff who handled the envelopes will undergo precautionary medical examinations. All university employees who have come into contact with the suspicious envelopes so far have been discharged from hospitals after biochemical tests came back negative.
Greek authorities activated the protocol envisaged under the Plan for Managing Chemical, Biological, Radioactive and Nuclear Threats upon the discovery of the envelopes. Specially trained Fire Brigade officers in protective hazmat gear were sent to pick up the suspicious envelopes and transfer them to the state laboratory for testing.
They also quarantined areas where the envelopes were found, such as the Corfu central post office, which remained closed on Friday so that the premises could undergo decontamination.
Universities and post offices have been advised to alert the authorities if further suspicious packages or envelopes are found.
(Source: AMNA)