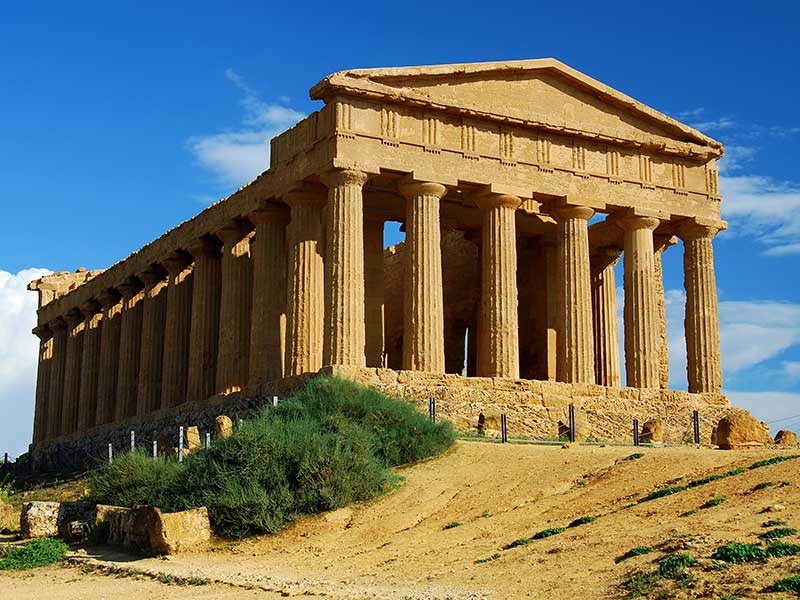 When you think about Italy and ruins, your mind’s eye automatically brings up scenes of the Roman Forum and the Colosseum. However, Italy is home to countless ruins which are in actuality Greek  — many of which are in stellar condition.

The country’s mainland, as well as the island of Sicily, are dotted with Greek ruins — some of which are integrated into modern-day cities and are still even used to host events! Others can be found in isolated locations, well off the beaten path.

As you travel through Italy, as you really should if you call yourself a well-traveled individual, be sure to say “Opa!” as often as you say “Mamma mia!”. The following are just some of the truly jaw-dropping ancient Greek ruins which are scattered throughout the Italian countryside.

Located in southern Italy along the coast of the Tyrrhenian Sea, in what was then called “Greater Greece” or Magna Graecia, this was a major Greek city in ancient times. The ruins date back to 600 — 450 B.C. and are some of the best-preserved Greek temples in the world!

The three famous ancient Greek temples at this site are of the Doric type, and the ancient city walls and amphitheater are mostly intact. The bottom section of walls from many other structures are completely intact.

It is an amazing experience to be able to walk along the ancient stone-paved roads and view the buildings along the roadsides just as the ancients did. The site is open to the public, and there is a modern national museum on-site for you to check out as well.

Another plus: this archeological site is well off the beaten path and is seldom crowded with visitors! 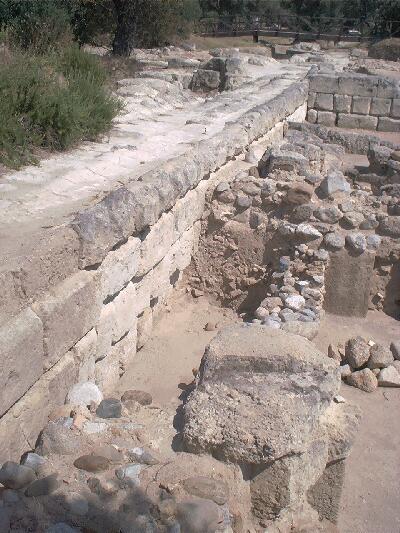 Also on the mainland of Italy, in Reggio di Calabria, you will come across the ancient ruins at Locri. The ancient city has been mostly taken over by the encroachment of the nearby towns.

However, the area is very much worth a visit, because the atmosphere quiets as you pass through shady olive groves and meander along the overgrown pathways. It is here where you will inevitably, and literally, stumble across a treasure of ancient ruins.

Greek temples, amphitheaters and the well-known Sanctuary of Persephone grace the Locri area. The magical experience is truly something you shouldn’t miss out on.

On the island of Sicily, some truly remarkable ruins are yours to explore, starting with the still-used ancient Greek Theater of Taormina!

The Ancient Greek Theater of Taormina 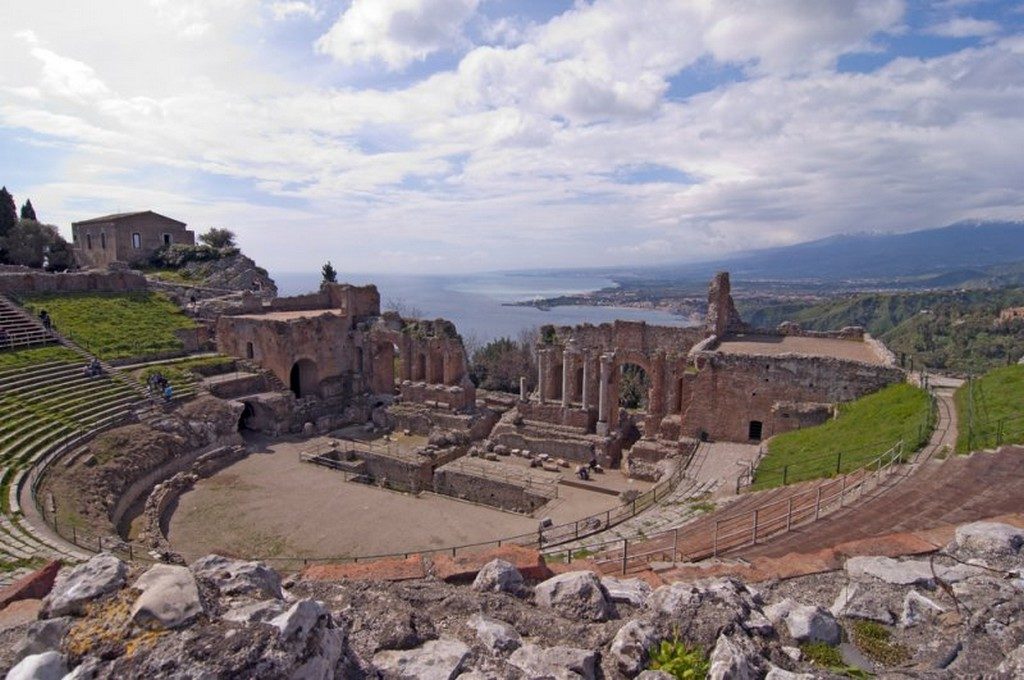 With the beautiful Mediterranean sea lapping at the shores below, and the active volcano of Etna looming over the city, Taormina is an upscale destination, featuring cultural events, museums and priceless antiquities — right in the middle of a bustling city!

Here you will find an ancient Greek amphitheater with exquisite views of both the volcano and the sea. When you’re there you might even be lucky enough to see a show at the ancient theater. It was originally built in 300’s B.C. and was subsequently rebuilt by the Romans in the second century B.C. 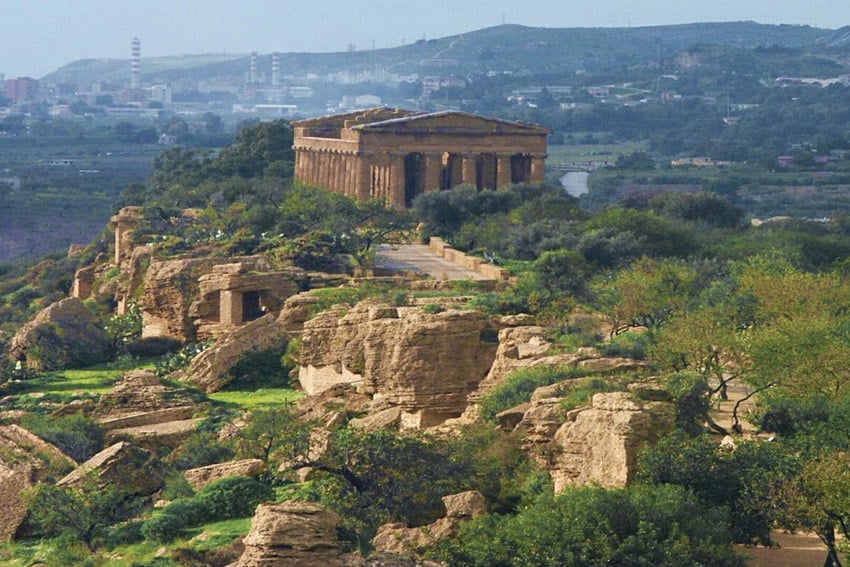 In Argrigento, you will be treated to refreshing views of expansive fields and woodlands — as well as one of the most pristine ancient Greek ruins in existence, in the Valle dei Templi (the Valley of Temples).

Many of the temples and ruins here are not fenced off, so travelers may walk inside and be transported back to the fifth century B.C., when the Greeks first built the ancient city of Akragas. One of the best-preserved Greek temples in the world, the Temple of Concord, is in this valley. 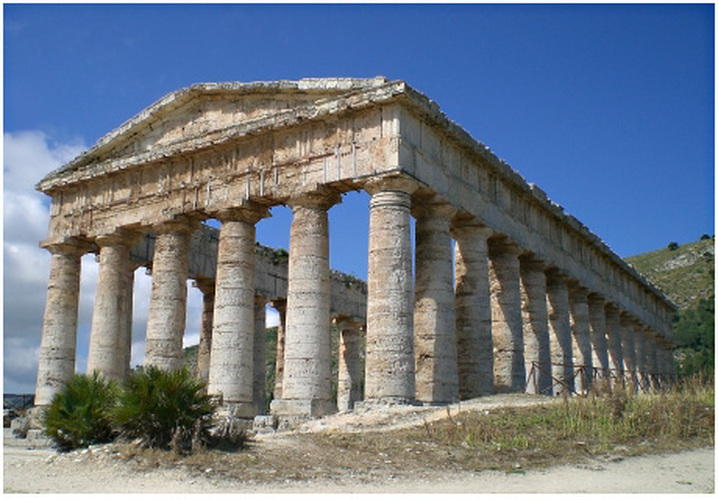 Segesta is located only 70 kilometers (43 miles) southwest of Palermo. Fortunate travelers here can visit what is perhaps the second-best preserved temple in the world, after those in the Valle dei Templi. Segesta also boasts a beautiful amphitheater, situated atop Mount Barbaro, which is also in pristine condition.

The temple dates back to the fifth century B.C. and has typical Doric architecture. Each summer the ancient amphitheater hosts a series of classical Greek dramas performed in Italian. If you’re lucky enough to visit during the summertime, be sure to catch a show. 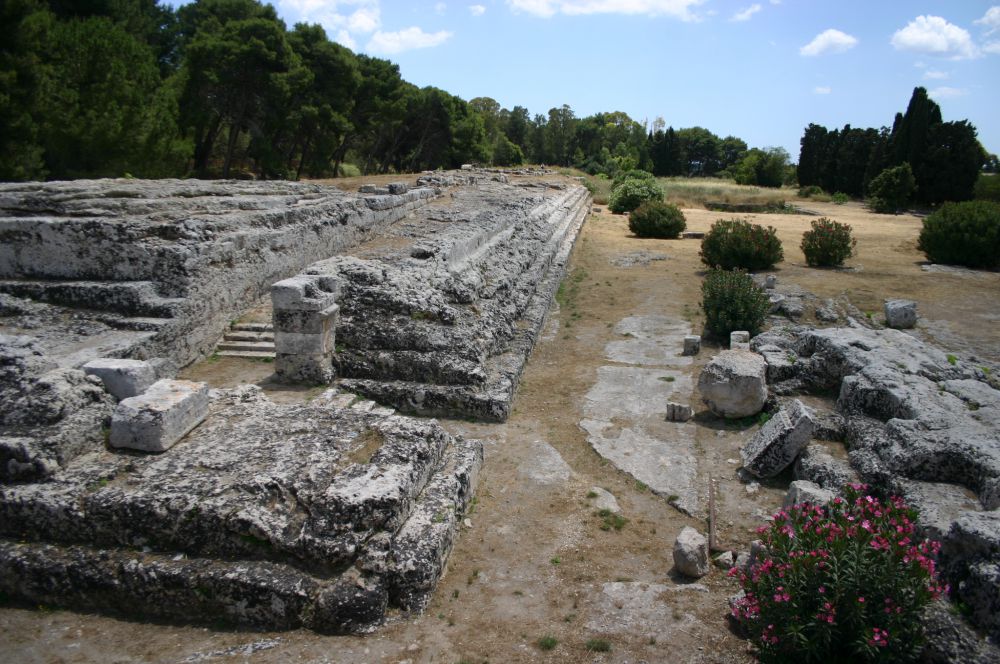 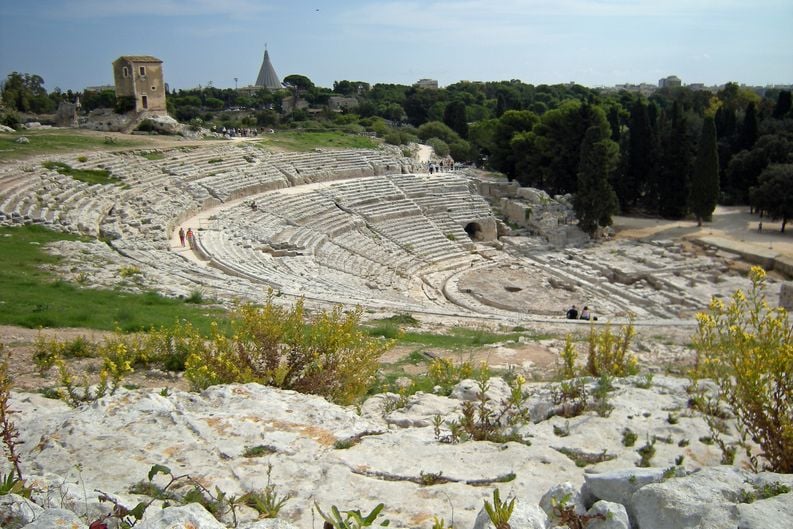 Located on the southeastern coast of Sicily and founded by ancient Greeks from Corinth, the city of Siracusa was once one of the most powerful city-states of ancient times. It was once described by the Roman orator Cicero as “the greatest Greek city, and the most beautiful of them all.”

Siracusa is so rich in historical treasures that it is listed as a UNESCO World Heritage Site.

Of course, there are many other Greek ruins that you will come across in your travels through Italy and Sicily and we have merely scratched the surface in highlighting some of the more popular and better preserved.

Be sure to work a little bit of Greek history into your itinerary on your visit to Italia!

Greek doctors took to the streets on Tuesday to protest the "suffocating" conditions in Greek hospitals, specifically Covid-19 wards.
Diaspora