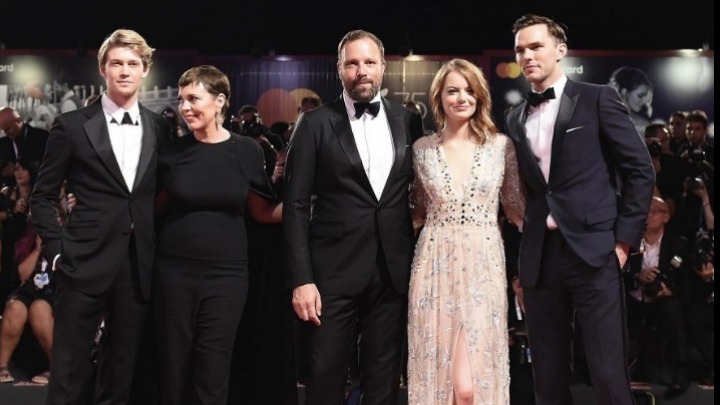 The 2019 BAFTA nominations were announced on Wednesday. Greek director, producer and screenwriter Yorgos Lanthimos‘ period film “The Favourite” is contending for awards in 12 categories, including those for Best Film, Director, Outstanding British Film, Leading Actress, and Supporting Actress.

Other contenders in the Best Film category are “Roma”, “Green Book” and “A Star is Born”, each with seven nominations, and “BlacKkKlansman”, which was nominated in five categories.

“The Favourite” not only clinched 12 nominations, but it also has the distinction of being the only film nominated in both the Best Film and Outstanding British Film categories.

Actress Olivia Colman, who just won a Gloden Globe this week for her performance as the dysfunctional monarch Queen Anne in “The Favourite,” was nominated for Best Lead Actress.

Colman will be up against Glenn Close for her performance in “The Wife” and Lady Gaga in “A Star is Born”, along with Melissa McCarthy in “Can You Ever Forgive Me?” and Viola Davis, who starred in “Widows”.

Colman’s co-stars Rachel Weisz and Emma Stone were also once again both nominated for the best Supporting Actress award, just as they were for the Golden Globes.

Lanthimos himself is vying for Best Director against Spike Lee for his film “BlacKkKlansman”, Pawel Pawlikowski for “Cold War”, Alfonso Cuaron for “Roma” and Bradley Cooper for “A Star is Born”.

Other nominations “The Favourite” garnered include the awards for Costume Design, Make Up and Hair, Cinematography, Editing, Original Screenplay and Production Design.