GRNews
GreekReporter.comEuropeWhy These Greek Euro Coins Could Be Worth Thousands

Why These Greek Euro Coins Could Be Worth Thousands 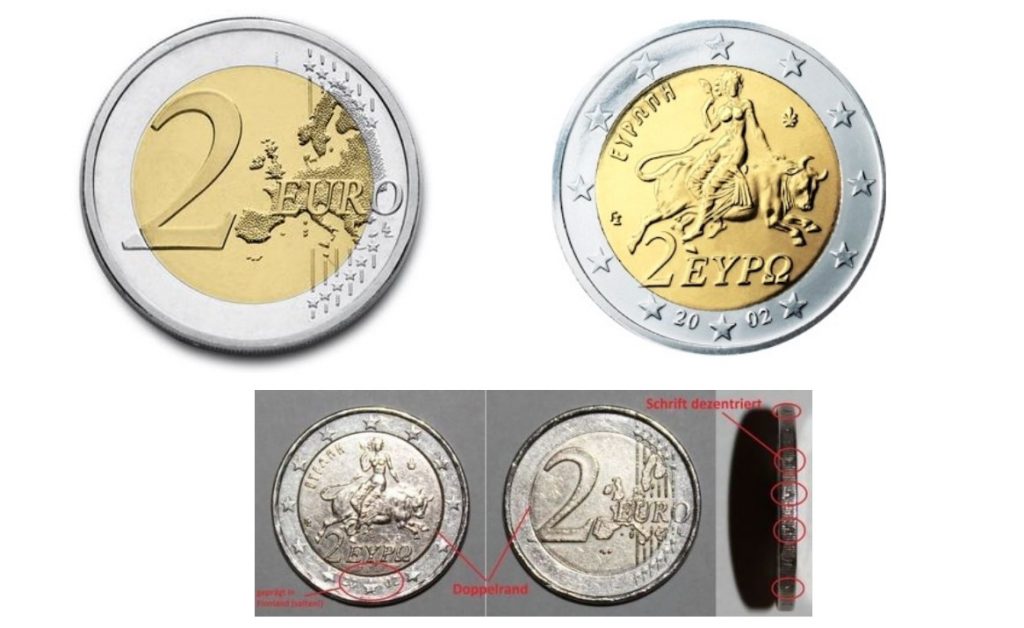 Two Germans are raising eyebrows in the world of numismatics after listing two 2-euro coins on eBay with an asking price of several thousand euros. The sellers claim that their coins, which were among the first to be issued in 2002, have minor mistakes which make them unique.

The first seller, from Bavaria, claims that his Greek version of the 2-euro coin is worth at least €3,950, because the number ”2” is not properly centered, while one of the 12 European stars has inside of it the letter ”S”.

A second eBay seller, from the German city of Hanau, is attempting to sell his coin for €5,280. He claims that the figure depicting the abduction of Europa by Zeus in the form of a bull has a flaw in her eye, and other minor mistakes have been made in the way the numbers and letters have been printed.

A third eBay seller, from Austria, is more circumspect in the amount of money he is asking, since he is selling another 2-euro coin for the modest price of €389.95. This time, the claim is that there is a mistake in depicting the breasts of the goddess Europa.

True or false, their claims could make them richer, since experts speaking with the German daily Berliner Kurier say that the value of the coins could possibly reach or exceed the amount of €80,000.

It is noted that all euro coins have the same front side for all the Eurozone countries, but each flip side is unique in each of the Eurozone member states.

Greek euro coins feature a unique design for each of their eight coins. All of the coins were  designed by Georgios Stamatopoulos. The coins of the smaller denominations depict Greek ships, the next-higher denomination coins portray famous Greek people from history, and those from the two highest denominations show images from Greek history and mythology.