Many Greek Schools to Remain Closed Tuesday Due to Snow 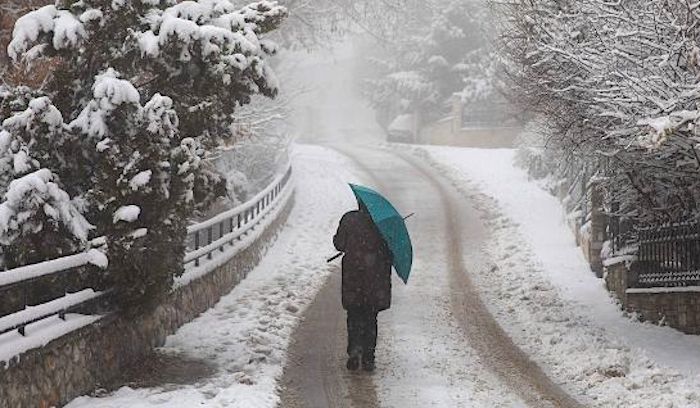 The cold weather front “Telemachos”, now approaching the shores of Greece, is expected to bring freezing temperatures and heavy snowfall even to the center of Athens from Monday evening, according to the Greek Meteorological Service. Fears of heavy snow is forcing authorities to close schools in many areas across Attica.
The Meteo weather service of the National Observatory of Athens has warned that snow may fall at very low altitudes in the eastern parts of the country’s mainland, and it will be accompanied by strong northerly winds.
Heavy snowfall is even expected on the island of Evia and the Sporades islands, as well as in eastern parts of central Greece, mainly in the region of Magnesia and Mount Pelion.
Snow is also expected to fall in the center of Athens, beginning on Monday evening, with the phenomenon not expected to stop before Tuesday morning.
For this reason, many municipalities across Attica have decided to keep schools closed for tomorrow, including those in the cities of Marathon, Dionysos, Saronikos and Acharnes.
Deep and widespread frost with below-zero temperatures throughout the day is expected in central and northern parts of the country on Monday and Tuesday. Many of these same areas are still covered in snow from the last weather system that swept Greece a few days ago.
The snowfall is expected to be exceptionally heavy in Evia throughout Tuesday. However, the eastern and central parts of the country (including the Attica region), should be among the first to see the snowfall stop before Tuesday noon.
With information from A.M.N.A.