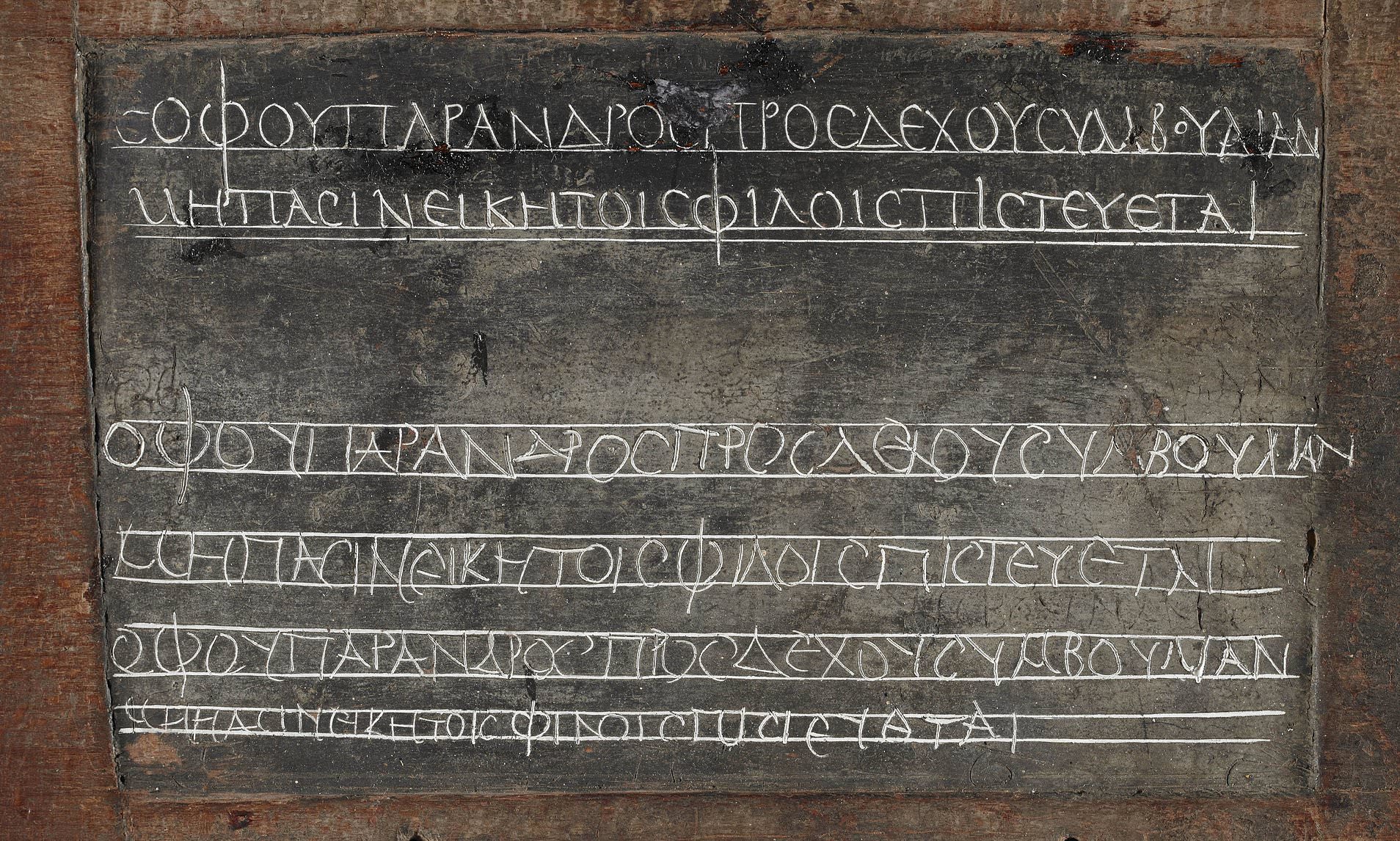 A forgotten wax tablet dating back to the second century A.D. will be on display for the first time in 40 years as part of the “Writing: Making Your Mark“ exhibition between April 26 and August 27 at the British Library.

The tablet, which was discovered in Egypt, has been in storage for the past 40 years.

Roly Keating, chief executive of the British Library, told dailymail.co.uk that “This is one which I think we’d slightly forgotten about. It certainly hasn’t been seen in the public since the Seventies.”

The tablet displays examples of handwriting, spelling exercises and multiplication tables in various languages, and is believed to be an Egyptian child’s homework from 1,800 years ago. Among the alphabet samples are letters in Greek letters.

The surviving lines on the tablet, believed to have been written by an eight to nine-year-old child, read: “You should accept advice only from a wise man.”

The “Writing: Making Your Mark” exhibit will contain over 100 objects from five continents which span over 5,000 years of human development. The cost of entry to the one-of-a-kind interactive exhibition is £14 for adults and £7 for students and children over 12.

Americans have been a major part of summer tourism in Greece. Although they may not make up the largest contingent of visitors, they spend more.
Culture

Growing up Greek-American you are privy to a unique childhood, filled with some pretty strange customs (strange to those who are not Greek, anyway).
Greek News