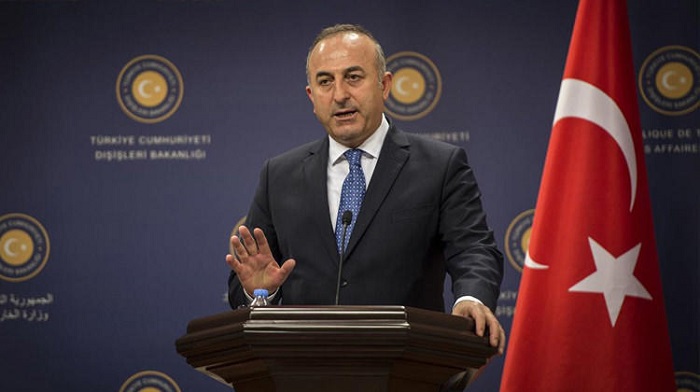 Greece must do something about its “spoiled child” defense minister, Panos Kammenos, to avoid a military response by Turkish armed forces, Turkey’s Foreign Minister, Mevlut Cavusoglu, said on Wednesday.
“We have a warning for Greece. You have a spoiled child you call your defense minister. Beware of your spoiled child so that our armed forces do not get involved in possible accidents,” Cavusoglu was quoted as saying by the Turkish Minute News website.
The foreign minister made his remarks in a speech at the Turkish Gendarmerie and Coast Guard Academy.
“This is a totally friendly warning. There is nothing to gain from rhetoric heightening tensions, or actions taken out of the blue such as trying to land on a rocky islet.”
Kammenos responded on Thursday saying that Cavusoglu‘s outburst was a sign that he is doing his job well, adding that “nobody is afraid” of Turkey.
“Mr. Cavusoglu, thank you for your provocative New Year’s statements. It is the gift for doing my job well. Greece will continue this work, seeking peace, defending its sovereignty and building strong alliances. Nobody is afraid of you anymore,” he said on his personal Twitter account.
Cavusoglu also warned Greece that Turkey will not accept any “faits accomplis” in the Aegean.
“We remind everyone of our parliament’s decision while our Coast Guard and naval forces keep doing what needs to be done vis-a-vis any negative actions,” he said.
He was apparently referring to a 1995 declaration by the Turkish parliament which authorized military action against Greece if the country takes decisions on its territorial sovereignty which Turkey views as hostile.