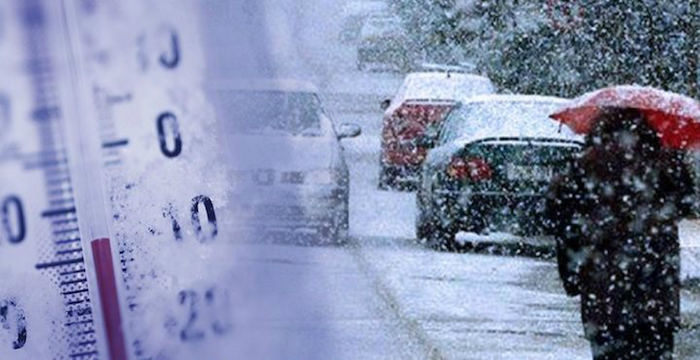 The year 2019 will kick off to a cold and wet start in Greece, according to weather forecasts issued on Sunday by Metro, the National Observatory of Athens weather service.
The low pressure front dubbed “Raphael”, generating over the southern Ionian Sea and moving eastward, is expected to bring heavy rainfall and storms to most parts of the country leading up to New Year’s Day, except in Eastern Macedonia, Thrace and the northeastern Aegean islands.
Snowfall, at times heavy, is forecast at higher altitudes throughout the country and at progressively lower altitudes moving north and northwest to Epirus.
Very strong northeasterly winds ranging from 6-8 on the Beaufort scale are forecast at sea, while temperatures will drop sharply in central and northern Greece.
The wintry weather will continue on Tuesday and continue to affecting the eastern and southern mainland, including Attica and the Aegean islands. The weather in western and northern Greece will progressively improve, but heavy snow remains a possibility at higher elevations, including the mountains around Attica, and at lower altitudes in Thessaly and central Greece.
Winds will continue to blow from the north and northeast, reaching up to 9 Beaufort in the Aegean and 7 Beaufort in the Ionian Sea, while temperatures will drop throughout the country.
A temporary lull in the bad weather is forecast on Wednesday, with winds falling off and temperatures rising slightly, but a storm system dubbed “Sophia” is expected on Thursday, as freezing air from the Arctic sweeps across Greece from the north, bringing severe cold and snow.
Source: AMNA