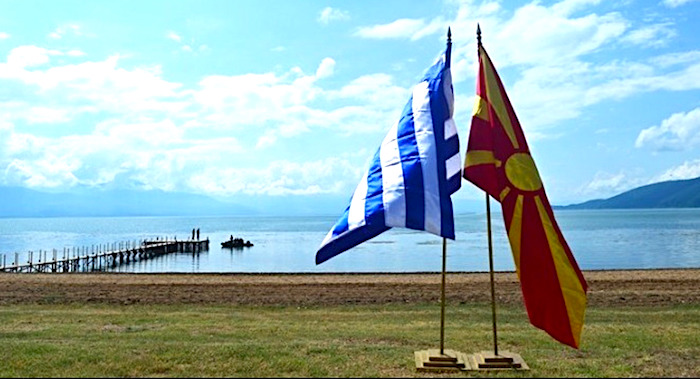 The President of the Former Yugoslav Republic of Macedonia Gjorge Ivanov, on Friday, called on MPs to vote against the name deal with Greece, claiming it is against the country’s interests.
FYROM lawmakers are to debate the Prespa agreement that would change the country’s name to the Republic of North Macedonia. The deal requires certain amendments to the country’s constitution.


Ivanov has been opposing the deal since the beginning, insisting on the country’s name being Macedonia. During his speech, he was applauded by main opposition party lawmakers VMRO-DPMNE.
If the Prespa agreement is ratified in the FYROM parliament, then the deal will be submitted to the Greek parliament for ratification as well.
Opposition parties in Greece strongly oppose the agreement on the grounds that the prime minister signed it without consulting with opposition party leaders and against the will of the majority of Greek people.
Political tension in Greece over FYROM name deal
Junior coalition party leader Panos Kammenos — who also serves as defense minister — is also against the Prespa agreement, a position that has created uncertainty over the majority needed to pass it in the Greek parliament.
The Independent Greeks (ANEL) chief has often claimed that he will resign from the government if the Prespa agreement is ratified in Skopje and then tabled in Greek parliament. Meanwhile, Prime Minister Alexis Tsipras and his party members appear confident that even if ANEL lawmakers vote against the deal, there will be independent MPs to vote in favor.
On Friday, ANEL Vice President Panayiotis Sgouridis submitted his resignation after generating controversy in an interview with a radio station in which he claimed that the FYROM name deal ratification by the Greek Parliament could be delayed due to a potential clash with neighboring Turkey.
Kammenos, however, did not accept Sgouridis’ resignation. He described his party vice president’s comments as “fantasy theories,” insisting that Greece is the most secure country in the region and abides by the rules of good-neighborly relations.