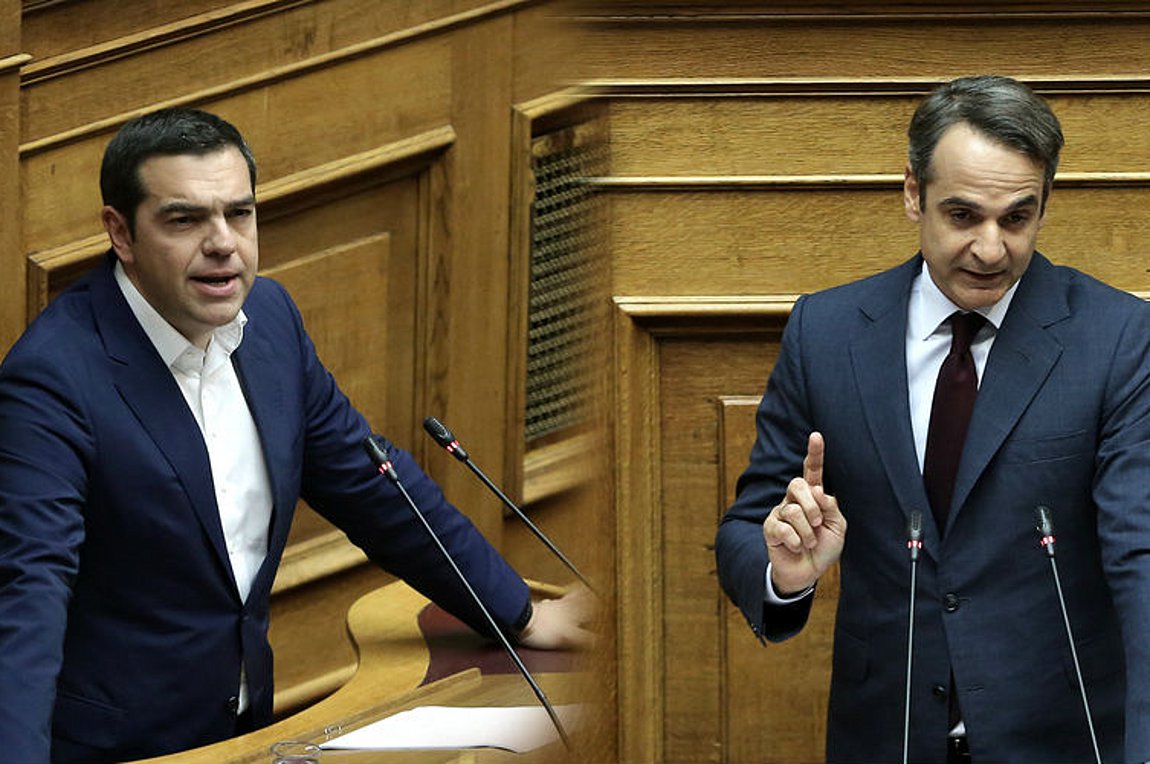 The issue of the Former Yugoslav Republic of Macedonia’s name change will be the key factor shaping Greece’s volatile political scene in 2019. As the FYROM constitutional amendments go before the Skopje parliament for ratification on January 9, political battles will be raging simultaneously in the Greek House.
Once the contents of the Prespa agreement get the green light in FYROM — and they most certainly will — it is time for the Greek plenary to convene to debate and vote on this major national issue. Junior coalition partner Panos Kammenos has declared unconditionally that his party, the Independent Greeks (ANEL), will vote against the Prespa agreement.
But then again, Kammenos — who also serves as the Greek defense minister — has backpedaled so many times previously that his statements on the matter are questionable.
Indeed, the ANEL chief has declared so many times that he is against the name deal with FYROM that his statements are not taken seriously by most. Kammenos is even alleged to have accused former foreign minister Nikos Kotzias of giving bribes from secret ministry funds to FYROM lawmakers to vote in favor of the Prespa agreement.
Kotzias resigned following the allegations, prompting political analysts to presume that Prime Minister Alexis Tsipras took the side of Kammenos in the dispute between the two ministers, and “sacrificing” Kotzias.
True, Tsipras needed Kammenos more than he did the former foreign minister. Votes from the seven remaining ANEL lawmakers plus the 145 SYRIZA MP’s would secure the ratification of the Prespa agreement once it comes before parliament.
Even if some of them, including Kammenos of course, vote against the name deal, it is certain that Tsipras will be able to find the six votes he needs from independent MP’s and from To Potami MP’s who seem to favor the Prespa agreement.
Passing the Prespa agreement will be a victory for Tsipras and his party, as it will secure the support of his leftist constituents. He might win over even the extreme leftists who believe that those who oppose the use of the word Macedonia are nationalists.
2019: Divisive politics in election year
The new year is an election year. In May, Greeks will be called to choose who will represent them in the European Parliament and elect their local governors and mayors. It is time for the two big rival parties — SYRIZA and New Democracy — to show their strength. By May, the Greek Parliament will be a gladiatorial arena, as the opposing parties’ gloves have been taken off for almost a year now.
At Maximos Mansion they have apparently decided that since they have little of substance to show after four years in government, their strategy would be to discredit and defame their opponents. They used the FYROM name issue to “expose” New Democracy as nationalists who flirt with Golden Dawn. They labeled everyone who opposes the Prespa agreement “fascist”, “nationalist”, “right-wing extremist” and “racist”.
To that end, they have employed Greek state television ERT to propagandize against New Democracy. At one the point, an ERT political show host was suspended from the journalists’ union for calling Mitsotakis’ plan for the next day “fascist rhetoric”. At the same time, SYRIZA ministers and MP’s term members of the conservative party secret right wing extremists.
The “Novartis scandal” SYRIZA employed did not work either. Almost a year later, the words used by party members to describe the “scandal” ring hollow, devoid of meaning or interest to a majority of the people. No actual evidence was ever presented, and the testimonies of the so-called “witnesses for the public interest” could not stand up in any court — other than the ones in coffee shops and tavernas.
The entire “Macedonian” issue has backfired on them as well. Unexpectedly for Tsipras and his party, the majority of Greeks don’t want Greece’s northern neighbors to be called Macedonians, nor do they accept that there is such a thing as a “Macedonian language”. Even leftist icon Mikis Theodorakis came out against surrendering the name “Macedonia” to Greece’s Balkan neighbors.
Tsipras’ politics of division neither work for him, nor seem to hurt him. His showing in polls remains steady. But so are the figures of support for the New Democracy party. Support for SYRIZA remains steady, between 20 to 23 percent, and New Democracy polls at 30 to 33 percent.
Meanwhile the majority of potential voters believe that neither of the leaders of the two parties are suitable for the position of prime minister.
The battles between Kyriakos Mitsotakis and Tsipras in parliament continue to become all the more fierce and vulgar. The words, accusations and innuendos exchanged by the two party chiefs are not heard in the parliaments of civilized countries.
By the time Greeks go to the polls — in October, Tsipras insists; in May, Mitsotakis hopes — the political climate will be even worse, because SYRIZA’s polarization tactics will have become even more aggressive. And it is already starting to feel like the financial support given to low-income families is more akin to vote-buying, now that elections are so near.