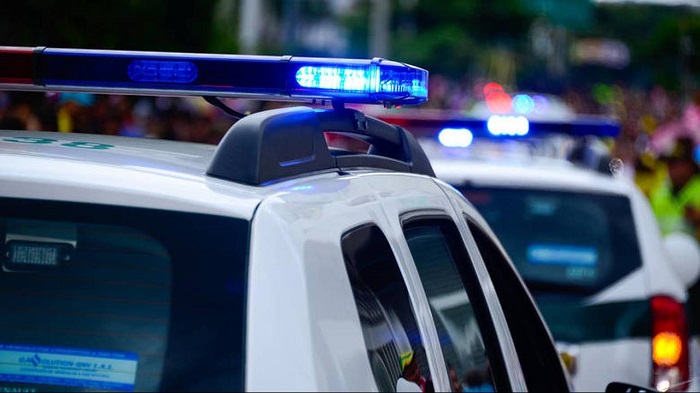 A policeman and a church employee were injured in a bomb blast that rocked the Athenian neighborhood of Kolonaki on Thursday.
According to Skai TV, the explosion occurred outside the historic Agios Dionysios church at 07:10 in the morning, local time. The device was placed inside a metal box which was discovered by a church employee, who subsequently notified police.
The officer who arrived to examine the package suffered injuries to his face and hands in the blast, and he was immediately transferred to a military hospital. His life is not thought to be in danger. The church employee also suffered minor injuries the explosion.
“The police officer spotted a box outside the entrance of the church and thought it was strange. The blast was not powerful, the officer was injured in the face and hands,” a police official, who declined to be identified, told Reuters.
No organization has yet claimed responsibly for the attack.
Historic church
Agios Dionysios church is dedicated to the patron saint of Athens, Dionysios Areopagitis, whose feast day is celebrated on the third of October.
The church was constructed between 1925 and 1931, according to plans drawn up by the architect Anastasios Orlandos, who was assisted by architect Dimitrios Filippakis.
Many important Greek artists created artworks which adorn the interior of the church. Painters including Spiros Vasileiou, Sotirios Varvoglis and Stefanos Xenopoulos and Theofanis Nomikos wrote icons and created other paintings inside Agios Dionysios.