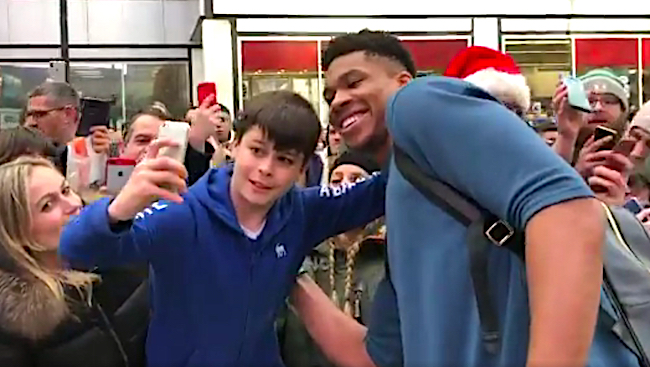 This Christmas Day was extra special for Greek-Americans in the New York area, as Santa Claus brought them Giannis Antetokounmpo to pose for selfies and sign autographs for them.

The Greek NBA star graciously posed for multiple photos and signed dozens of autographs on the street in front of the arena after his Milwaukee Bucks team beat the New York Knicks 109-95 at Madison Square Garden.

Every time the “Greek Freak” visits New York it is a cause for celebration in the Greek community, since its metropolitan area has an enormous Greek population. Hundreds of people waited outside Madison Square Garden to greet the NBA sensation and obtain his autograph.

Antekounmpo, of course, spoiled them and signed dozens of autographs, while many fans had a chance to get a photograph with him. At some point in the video, a woman is heard apparently offering melomakarona to the NBA star.