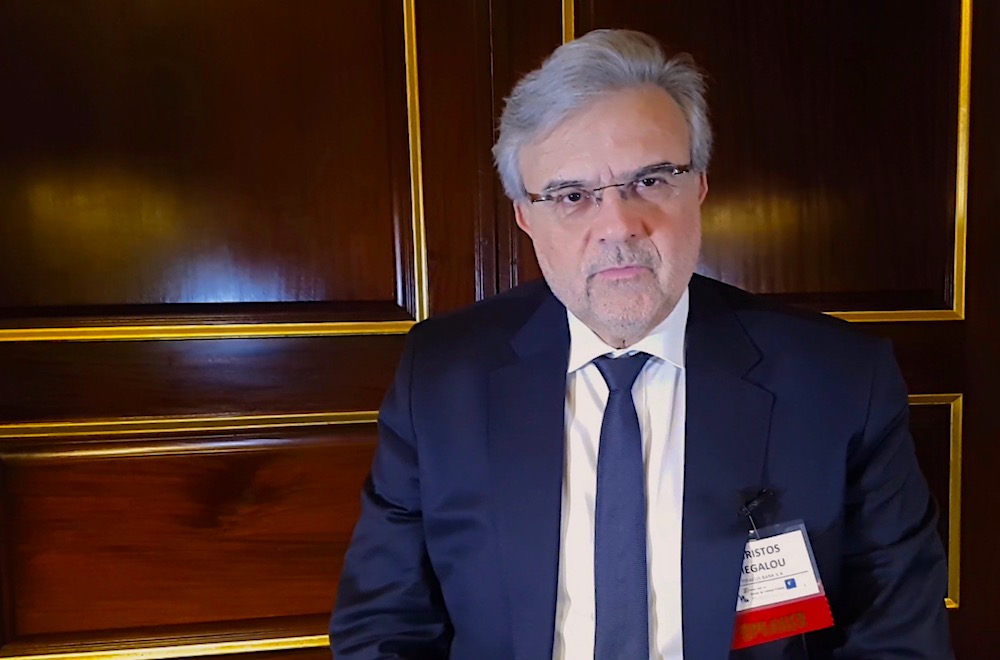 Piraeus Bank CEO Christos Megalou says that Greece’s largest lender is returning to profitability in an exclusive interview with the Greek Reporter.
Speaking at the 20th Annual Capital Link “Invest in Greece Forum” held in New York last week, Megalou noted significant improvements in the finances of the bank, stemming from the reduction of non-performing loans (NPLs) and an increase in liquidity.
“Five billion non-performing loans have been reduced in our stock, which is a remarkable number, higher than any other bank in Greece,” he says.
He added that the liquidity of the bank has been significantly increased. “A year ago the bank had almost 11 billion euros of emergency liquidity assistance. Now there is no assistance at all. The liquidity is very high; 43 billion euros in deposits.”
Despite improvements, Megalou acknowledges that the NPL problem is “a big challenge”, not just for Piraeus Bank, but for the whole banking sector in Greece.
“We are addressing the problem by sales, liquidations and collections. But we are also making sure that we do it in a socially-responsible way.”
The Piraeus Bank CEO is confident that the the problem of NPLs will be “effectively tackled, as Greece is on a growth trajectory.” An expected 2 percent growth in 2018 and 2.5 percent in 2009 “will help tackle the problem,” he stated.
Megalou stresses the importance that the bank attaches to financing the agricultural sector in Greece.
This has partly to do with the bank’s heritage, as a few years ago it acquired the Agricultural Bank of Greece, but more importantly it is concerned with the opportunities offered by agribusiness in the country.
“Agribusiness could give significant advantage to Greece because of the quality of the produce,” he maintained.
Through its “contract farming” program, the bank offers financing of about 500 million euros each year.
“We are in a position to help improve the quality of the produce and make sure that all of these products are exported,” Megalou says.
Asked about the effect upcoming general elections could have on the banking sector and the economy in general, Megalou is reassuring.
“They will not significantly affect the economic climate, given that we already on a growth trajectory, and we expect this to continue in the years to come.”
Watch the full interview below: