"You Have Forgotten Us", Says Katsifas Family 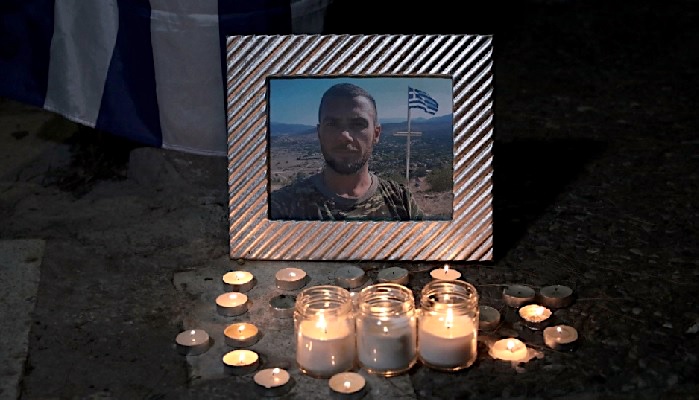 The parents of Konstantinos Katsifas, the 35-year-old man who was slain by Albanian police on October 28, recently sent a letter to Greek Prime Minister Alexist Tsipras stating “You have forgotten about us.”
Katsifas was shot by special forces belonging to the Albanian police because he allegedly fired at them first. Albanian authorities hindered autopsy procedures and several days elapsed before they allowed a Greek coroner to examine the body of the young man.
The exact circumstances of Katsifas’ death remain unknown.
The man’s parents, Yiannis and Vasileia Katsifa, were interviewed by Ant1 television on Sunday and described a letter they sent to the Greek prime minister about the killing of their son. In the letter they also recounted the daily hardships Greek minorities face as part of living in Albania.
The parents of the ethnic Greek man asked the prime minister to intervene in the investigation in order that some light can be shed in the case of their slain son.
“This is what we want, we ask for the truth to come to light. We want the Greek State to intervene and provide a complete report of the case,” Vasileia Katsifa pleaded in the letter.
Katsifas’ mother also expressed her disappointment and anger about the perceived indifference shown by the Greek state. “We are complaining and we are very angry, too. We are the forgotten Greeks here (in Albania) and my son gave his life for the flag. I feel very angry inside.”