By Tasos Kokkinidis
December 17, 2018
Facebook
Twitter
WhatsApp
Linkedin
Email
A bomb exploded outside the main building of Greece’s Skai TV station at 2:30 AM (0030 GMT) local time on Monday morning.
There were no injuries or victims as an anonymous phone-call alerted authorities of the threat.
The station reported on its website that windows were smashed all the way from the first to the sixth floors. 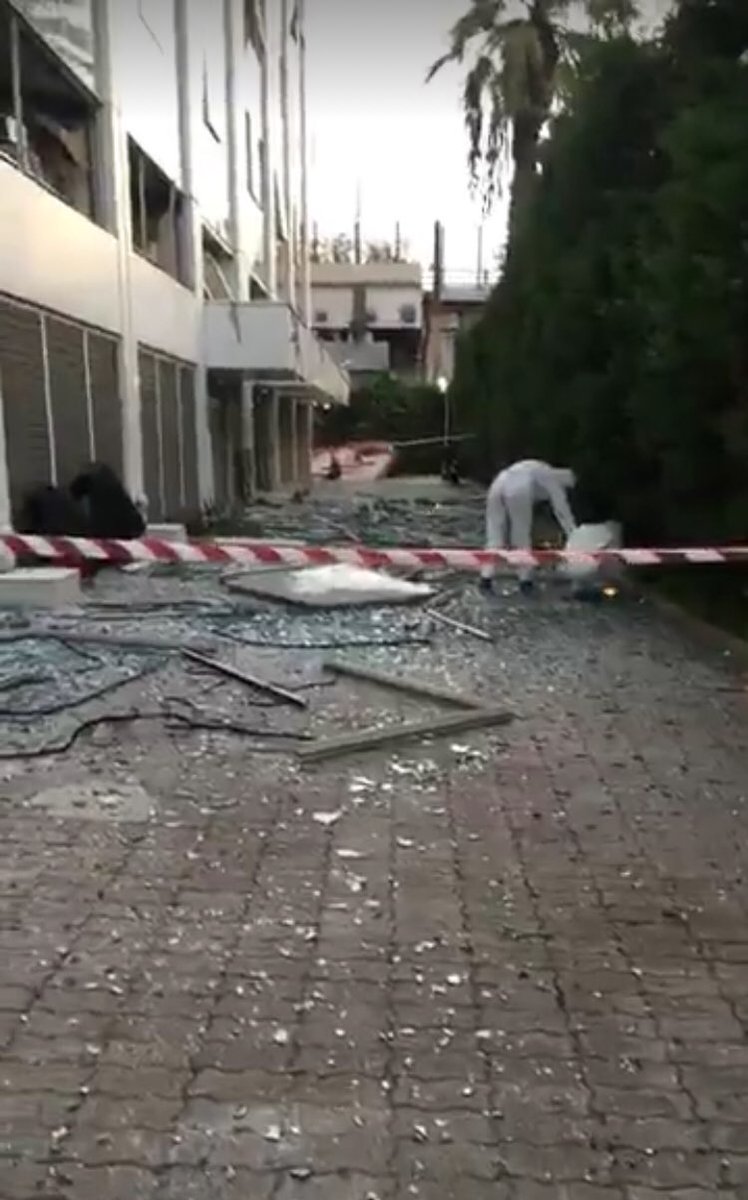 “The material damage is big on almost all floors, with the biggest seen on the third and fourth floors, where employees’ offices are located,” it said. “The picture is disheartening. Suspended ceilings collapsed to the floor, glass windows broken to pieces.”
Footage from inside the building showed windows blown out, with glass shards strewn across office floors. 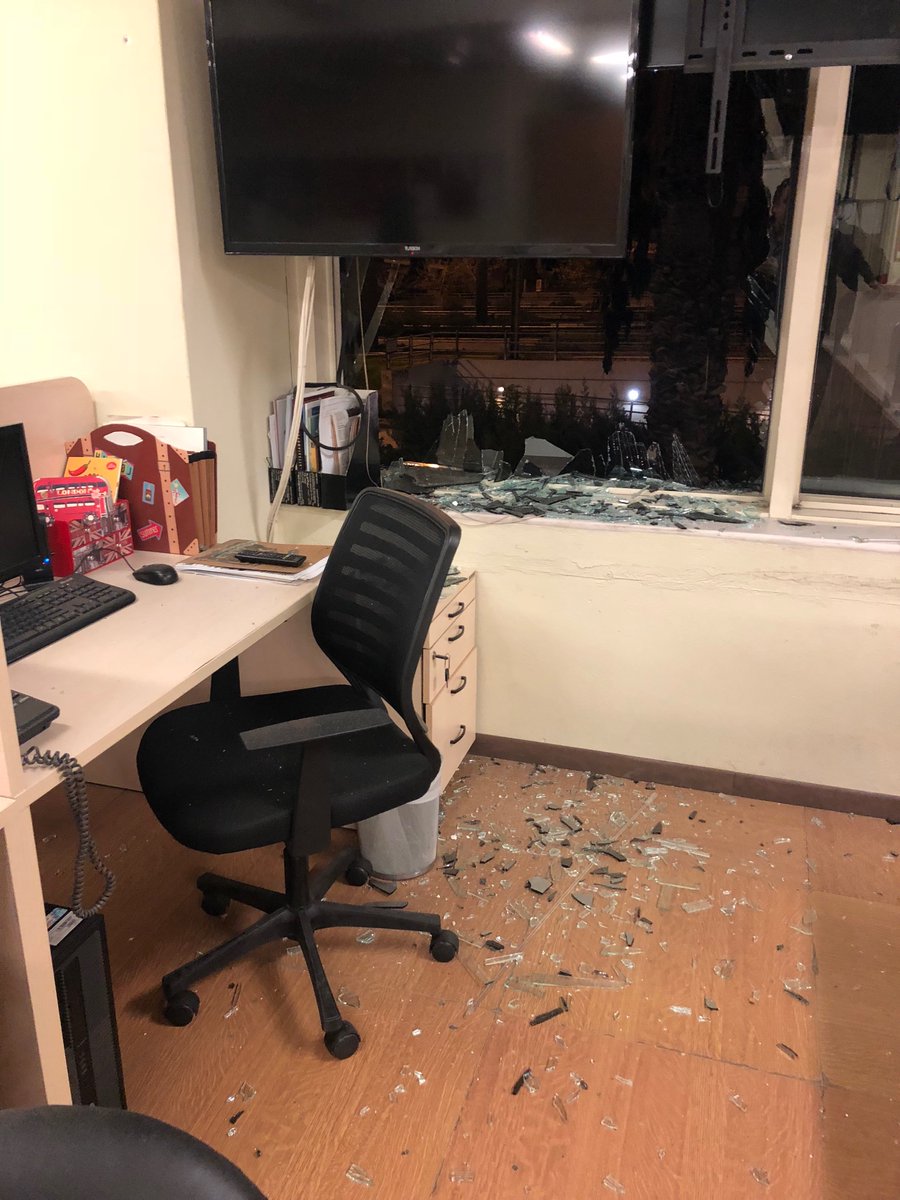 There was no immediate claim of responsibility. Armed far-left and anarchist organizations have attacked news media outlets in the past. 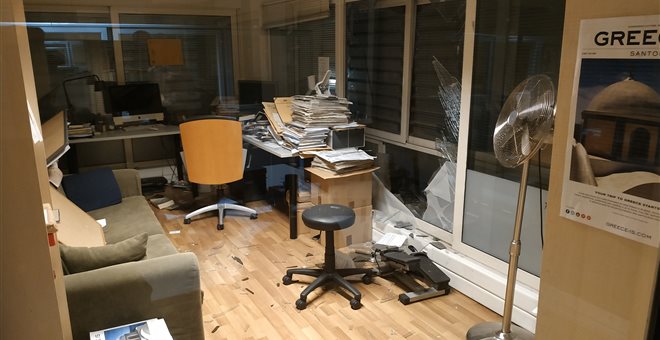 “This was a strike against democracy. Thankfully, there was only material damage — it’s a relief that no one was hurt — following the swift action taken by the police,” Public Order Minister Olga Gerovasili said.
“We will reinforce our democracy. This incident should give pause to those who leave a path open to terrorism and fascism.”
She said anti-terrorism police were leading the investigation. Dozens of police investigators wearing white coveralls collected evidence from the scene, much of which remained cordoned off.
Journalists presenting their usual morning show were broadcasting live outside the station.
Its police correspondent said the device was estimated to contain about 5 kg of explosive materials and it had been placed in a narrow alleyway close to the building.
SKAI is one of Greece’s largest TV stations. It is part of a media group which includes a radio station, and is affiliated with Greece’s major daily newspaper, Kathimerini.