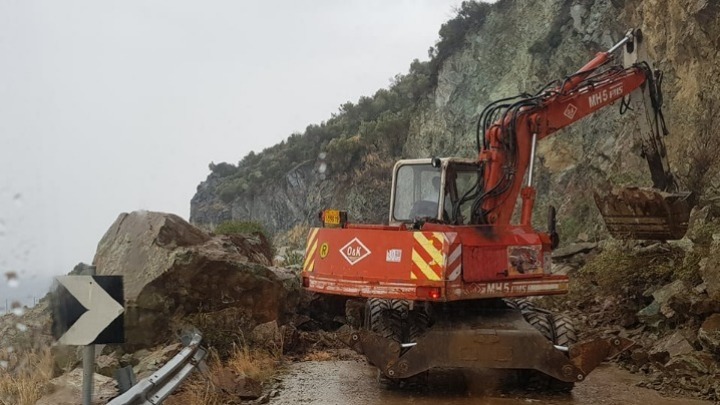 Heavy rain that fell in Lesvos overnight has caused further landslides in the municipality of Plomari, local authorities reported on Sunday.
In addition to sections of the road network that have sustained damage, there are also reports that an old, uninhabited house in Neochori has collapsed.
The Plomari-Melinda and the Akrasi-Drotas roads have been closed due to the landslides, while serious problems have been reported on rural roads in Thermi, Plomari, and Geras.
According to experts, the landslides and morphology of the land in the area in recent days have aggravated problems caused by the earthquake that struck in southern Lesvos on June 12, 2017.
Plomari Deputy Mayor; Manolis Armenakas called for urgent surveys to locate areas where further landslides might occur, warning that failure to act could lead to casualties or even fatalities.
He pointed to a series of landslides and rockfalls caused by heavy rains within the town of Plomari a month earlier that destroyed houses and threatened neighborhoods.