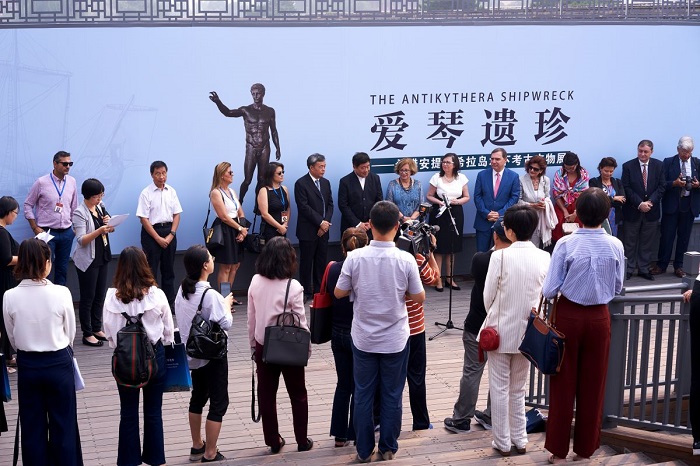 Greece’s Central Archaeological Council has decided to extend an exhibit of artifacts from the Antikythera shipwreck which are currently on display at The Palace Museum in Beijing, China.

The exhibit has drawn such enormous crowds that the Council felt it was the right thing to do so that as many people as possible could view the priceless treasures. The exhibit will show for an additional two months beyond its original closing date.

Initially scheduled to run until December, the exhibit will now close on February 14, 2019. The exhibit is especially significant in that the incredible wealth and scientific importance of the artifacts found there has “affected marine archaeology on a national and global level,” the Greek Ministry of Culture said in an announcement.

With all items on loan from the National Archaeological Museum of Greece, the “Antikythera Shipwreck” exhibit opened to the Chinese public on September 14 at The Palace Museum in the Imperial Palace complex inside Beijing’s Forbidden City.

The exhibit includes more than 350 unique artifacts which were discovered in an ancient shipwreck off the Greek island of Antikythera. Among them is the striking bronze statue called the “Philosopher of Antikythera” and a replica of the “Antikythera Machine”, an ancient bronze mechanism which is thought to have been a type of astronomical calculator.

According to the Ministry of Culture, the Imperial Palace attracts 40,000 visitors on a daily basis, the most visitors among all of China’s cultural heritage monuments. The Greek exhibit received 16,000 visitors on its opening day, and the number has done nothing but increase, with current figures showing 16,500 visitors per day.

The increasing public interest is no doubt due in part to extensive coverage the show has received in Chinese broadcast, online and print media, which has promoted its almost unparalleled historic, scientific and archaeological significance.