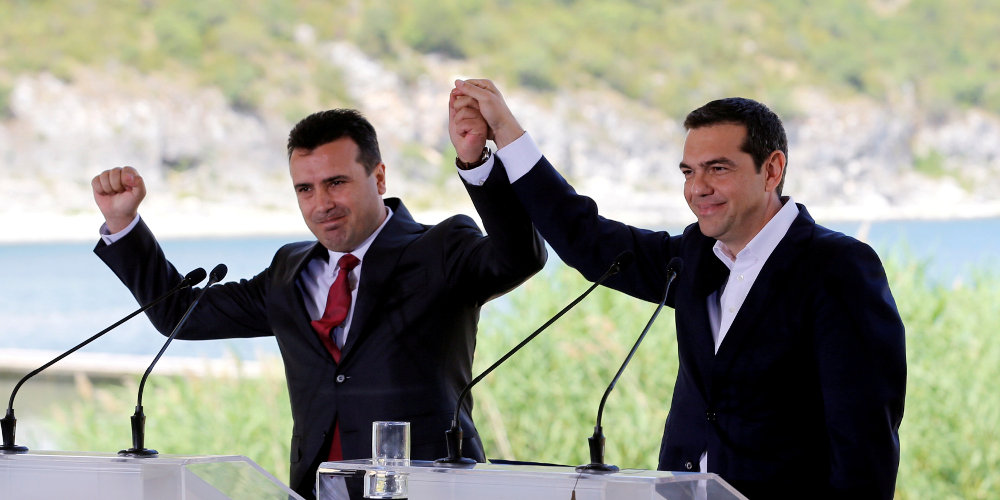 Former Yugoslav Republic of Macedonia Prime Minister Zoran Zaev said on Friday that he trusts in Alexis Tsipras and Panos Kammenos, and believes that the Prespa agreement will pass.
In a recent interview with the Skopje news agency MIA, Zaev said that he believes the Greek prime minister and his junior coalition partner will shepherd the name deal through the Greek Parliament, and that it will be passed.
Zaev was asked about the recent statement by Kammenos that he would step down from the government if the FYROM parliament ratifies the constitutional changes the Prespa agreement entails.
The FYROM PM responded, saying he has confidence in the Greek prime minister, the Greek government, the Greek opposition and the Greek people.
“I have confidence in Kammenos, who is also part of the government,” Zaev said. “They must give an opportunity to such a historic agreement, because the deal is good for both countries, for both peoples. I believe that the benefits will be felt in the coming months of its implementation.”
Zaev continued, adding “I can guarantee that the process in the Macedonian parliament will be successful. It will be completed successfully in mid-January. The plenary session is scheduled for the ninth of January and I believe that not more than ten days later we will be able to vote on the final amendments.”