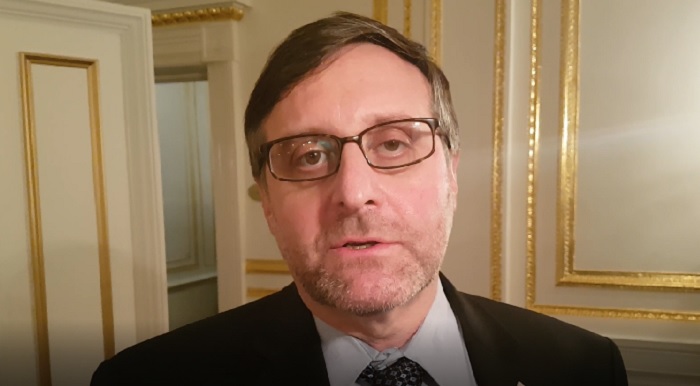 Matthew Palmer, the Deputy Assistant Secretary at the U.S.Department of State, has termed the Prespa agreement between Greece and the Former Yugoslav Republic of Macedonia (FYROM) a “huge achievement”.

Speaking at the 20th Annual Capital Link “Invest in Greece Forum” held in New York, the Department of State official added that the deal signed last June says something remarkable about the statesmanship of the two leaders involved, Alexis Tsipras and Zoran Zaev.

“The leadership shown in reaching this agreement was really remarkable,” he noted.

The Prespa agreement opens the door for Skopje to move forward to European and euro-Atlantic integration, Palmer said, speaking exclusively to the Greek Reporter.

“I expect the country to move toward membership in NATO quite quickly. That will make considerable contribution to the stability in the Balkans,” Palmer added.

The official dismissed the notion of a “Greater Albania”, saying that this is “not even on the table.”

“I think what people are talking about right now is normalization of relations between Kosovo and Serbia… That will make a huge contribution to stability in the Balkans,” he said.