A clay tablet inscribed with thirteen verses of Homer’s “Odyssey” found at Ancient Olympia, and the wreck of a 2,400-year-old Greek merchant ship found on the seabed of the Black Sea made the list of the “Top 10 Discoveries of 2018” in the current issue of Archaeology magazine.
The monthly periodical of the Archaeological Institute of America notes that the tablet belongs to the Roman era, possibly earlier than the third century A.D., and was found with other Roman-era remains near the sanctuary of ancient Olympia during a surface survey.
The clay piece appears to be the oldest surviving excerpt from Book 14 of the Odyssey, comprising verses 1-8 and 9-13, according to an announcement after its discovery in July, 2018. 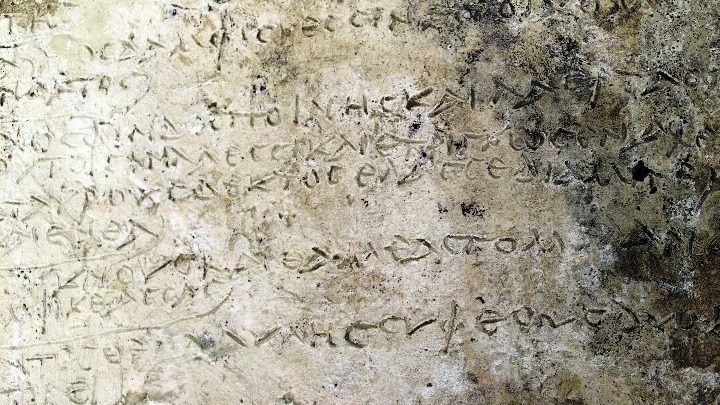 The archaeological team had said at the time that “as far as we know, it is the first example of a clay tablet containing an excerpt of the Odyssey, and experts are researching whether this is the oldest sample of Homer’s epic poems to have been found on Greek territory (with the exception of pottery shards containing one or two verses).”
The tablet was found during a geoarchaeological survey conducted around the sanctuary under the supervision of Dr. Erofili-Iris Kollia, director of the Ilia Prefecture Ephorate of Antiquities, with the collaboration of the German Archaeological Institute and three German universities.
Archaeology magazine also cites among its Top 10 for 2018 discoveries the wreck of a 2,400-year-old Greek merchant ship found on the seabed of the Black Sea, which is considered the oldest undisturbed shipwreck in the world.
The vessel was located by the Black Sea Maritime Archaeology Project as they surveyed the sea floor some 50 miles off the coast of Bulgaria with a remote deep-sea camera system. 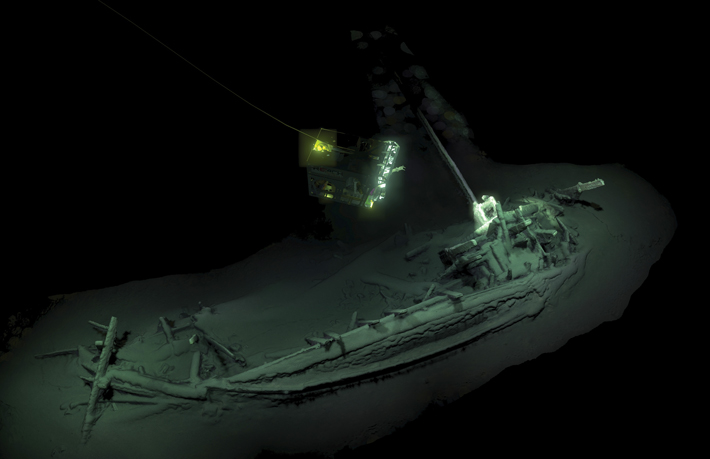 The 75-foot-long wooden ship remains remarkably well-preserved because the Black Sea’s waters are oxygen-free at that depth. This has allowed experts to examine elements of ancient ship construction for the first time, including the design of the mast, twin rudders, and rowing benches.
“A ship, surviving intact, from the Classical world is something I would never have believed possible,” says Jon Adams of the University of Southampton. “This will change our understanding of shipbuilding and seafaring in the ancient world.”