Gunman at Large after Three Killed in Strasbourg Shooting (video) 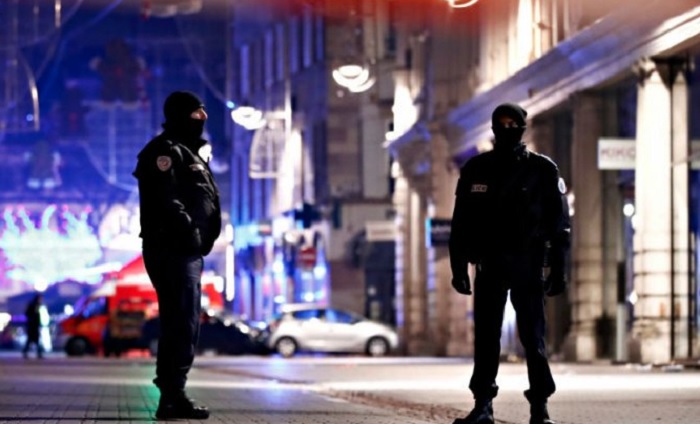 Hundreds of police officers are searching for a gunman after three people were killed and twelve others wounded in a shooting in the eastern French city of Strasbourg.

The suspect, who is known to security services, escaped after exchanging fire with soldiers and armed police on Tuesday. He is believed to be injured.

The shooting happened close to a popular Christmas market near one of the city’s central squares, Place Kléber.

However, the motive for the incident remains unclear at this time.

The European Parliament, which is nearby, was placed on lockdown throughout the night. The president of the parliament, Antonio Tajani, said in a Tweet that it would “not be intimidated by terrorist or criminal attacks”.

I express all my sorrow for the victims of the Strasbourg attacks. This Parliament will not be intimidated by terrorist or criminal attacks. Let us move on. We will continue to work and react strengthened by freedom and democracy against terrorist violence.

French President Emmanuel Macron, who had attended a crisis meeting with cabinet officials in Paris, later tweeted that the “solidarity of the entire nation” was with Strasbourg, the victims and their families.