The Stunning Greek-inspired Architecture of the Ancient City of Petra 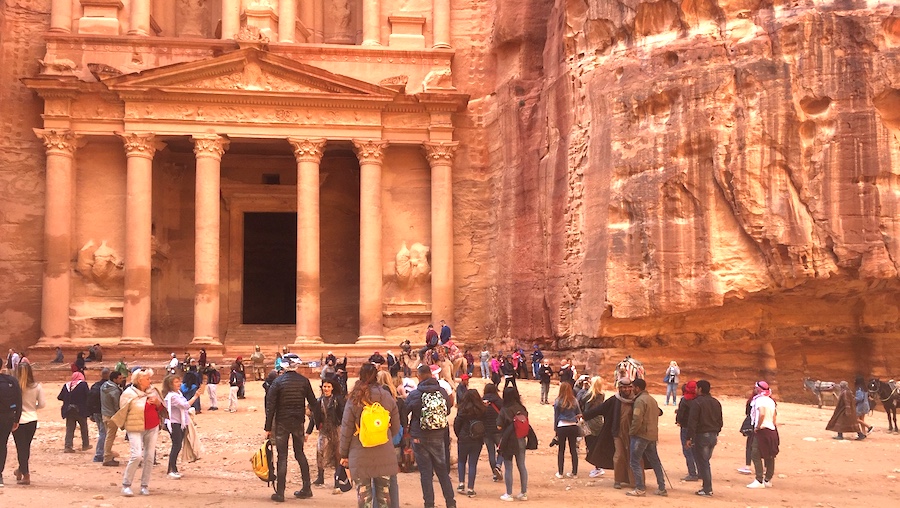 The stunningly-beautiful ancient city known as Petra in southern Jordan is a world treasure like none other on the globe. The ancient rock city is built into the dramatic pink-colored stone of Jabal Al-Madbah mountain, facing outward to a valley. The ruins of Petra, dating back as far as 9,000 B.C., provide invaluable insight into the lives of all who have lived there. 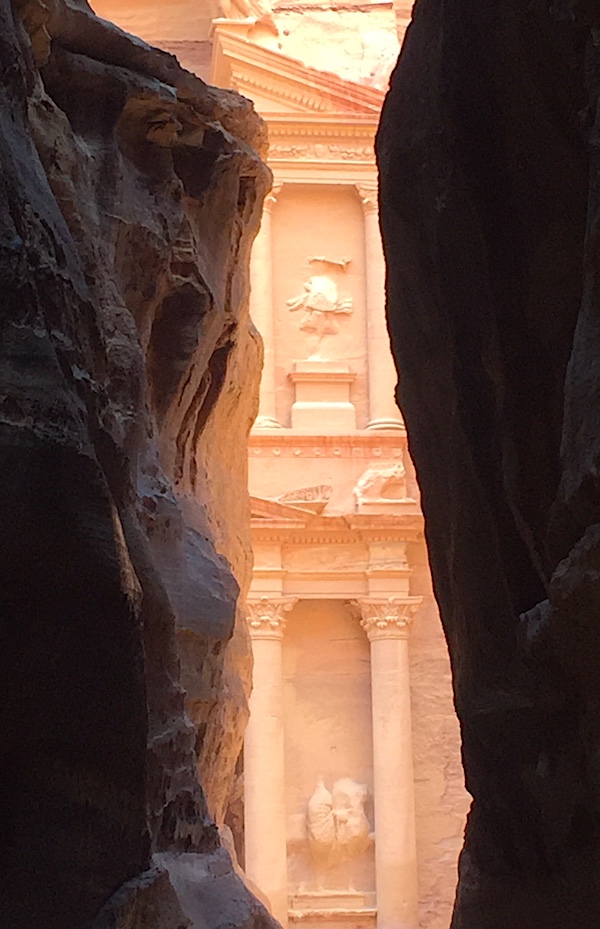 The city’s population was once large enough that in the fourth century B.C. it became the  capital city of the Kingdom of Nabataea. As well as showing the history of the local people, the ruins also highlight the pervasive influence of Greek architecture in ancient times. Here is what to see if you are fortunate enough to visit this unique archaeological site.

Built around the time of the Hellenistic and Roman Empires by the Nabatean Arabs, the architecture of Petra as well as other cities in the region often reflected the work of Greek architects. In fact, the name of the ancient city itself is the word for “stone” in Greek.

As recently as December 1993, archaeologists were still making important archaeological discoveries there, including many scrolls in Greek which dated back to the Byzantine period. The most recent scrolls were found in a church near the Winged Lion Temple in Petra.

The most recognizable structure in the ancient city of Petra, the tomb called the “Khazneh”, or “Treasury” in Arabic, shows the indelible influence of classic Greek architecture. Its stunning Corinthian-styled columns create a dramatic entrance to the tomb.

Legend has it that the local people always believed that this tomb was the location of a hidden treasure. However, modern archaeological excavations from the site have revealed that it is just a two-story high tomb — but a magnificent one at that! Built into the side of the mountain, carved in one piece from its bedrock, it is believed to have been constructed in the first century A.D. for the Nabataean King Aretas IV. At that time, Petra was a flourishing city, having an estimated 20,000 inhabitants.

The Nabataeans decorated their structures with elaborate carvings and statues. They worshipped Arabic gods and goddesses during pre-Islamic times and also deified several of their kings, all of whom are among the figures carved into the rocks at the ancient site. 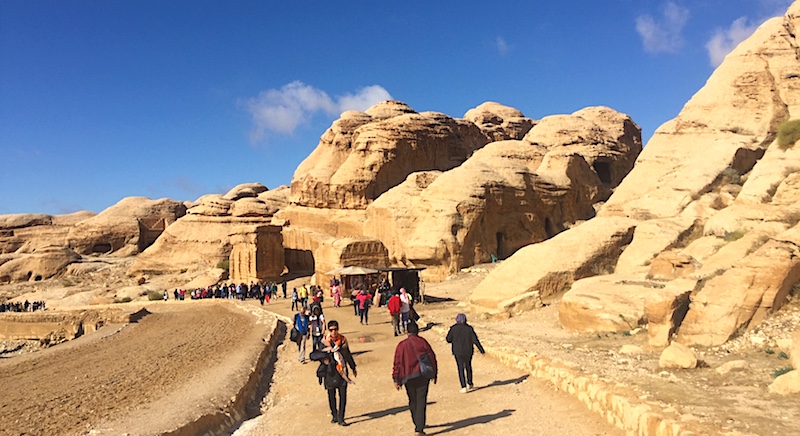 Known to many as the Rose City, due to the pink-hued rock from which it is carved, the city has become the symbol of Jordan, attracting as many as one million tourists in 2010. In 2007, the breathtaking city was named one of the “New Seven Wonders of the World”.

This magical ancient city amazingly was hidden from the eyes of the rest of the world for many years. In fact, the site remained unknown in the West until 1812, when the Swiss explorer Johann Ludwig Burckhardt “discovered” it in his travels. In 1985, the site was designated a UNESCO World Heritage Site, the organization dubbing it as “one of the most precious cultural properties of man’s cultural heritage.”

Jordan is steeped in history, making it a hot tourist destination for those who appreciate its unique beauty. Be sure that you book your lodgings well in advance and check out the temperature and weather to pack accordingly.

Where you stay
The nearby Tala Bay Apartments and their Marina Plaza Hotel would be an excellent place to complete your memorable stay in Jordan. They are located just 15 kilometers (9 miles) from King Hussein International Airport and are close to the World Heritage Sites of Petra and Wadi Rum.

Whether you opt to relax in one of their private villas or a new luxurious apartment, either way you will have all the amenities you could ever ask for.

Marina Plaza Hotel is located along the shores of the Red Sea and has 260 guest rooms including eight suites which can be booked as Junior or Senior Suites. You also get a free shuttle bus ride to and from the hotel and the nearby city of Aqaba, free wi-fi, your choice of restaurants, bar, pool, and more! Click here for more information.

Booking an apartment at Tala Bay means that you can be certain you will have stunning views of the sea, mountains, marina, and more — your own private piece of paradise! The sleek and modern apartments may include a private pool, jacuzzi, rooftop balcony and more! Check out the accommodations here.